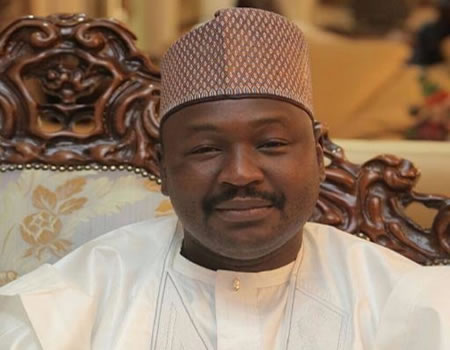 A civil rights lawyer, Pelumi Olajengbesi on Monday, said the alleged desertion of the Chairman, Senate Committee on Navy, Senator Isa Misau, from Police service is not a criminal offence.

He said this was because the Senator has neither requested for entitlement in this regard nor has he suggested that he was still in the service of the Police as an officer.

Pelumi in a statement issued on Monday in Abuja explained that; “as provided in the Police Regulations pursuant to the provisions of the Police Act is not a criminal offence under our penal laws particularly in the Penal Code applicable in the north inclusive of Abuja save for the Criminal Code by virtue of Section 46, hence the Police can neither arrest nor question Senator Misau on this allegations as, assuming without conceding that the provision of desertion applies to him, having resigned as Deputy Superintendent of Police, it’s prescribed punishment has long been overtaken by events.”

He stated that the invitation handed to the Senator by the Police Service Commission (PSC) to appear before it on Wednesday on alleged forgery of his resignation letter was out of place.

According to him, the context and content of the summon from the commission showed that the invitation and its purpose is a “show of ignorance and an admission of administrative ineptitude.”

Quoting from the 1999 constitution of the Police Service Commission he said the powers of the Commission which includes and is restricted to: “Appoint persons to office (other than the office of the Inspector-General of Police) in the Nigeria Police Force;

“Dismiss and exercise disciplinary control over persons holding any office referred to in sub-paragraph (a) of this paragraph.”

He noted that these provisions invariably restricts the scope and jurisdiction of the Commission to wit: “Officers within its employment save the Inspector-General.

“To matters of appointment, dismissal and disciplinary control and nothing more.”

To this end, he said the PSC Police inviting for investigation, a person who has left their services is not only a contravention of the law but a gross over-reach of permitted constitutional limits.

He wondered how the PSC who is supposed to be a legitimate custodian of a document, ask an outsider to produce his copy of same ostensibly to prove its authenticity rather than go through their record to ascertain the validity or otherwise of the document.

“Is this then a case of an improper record system? Could this be an admission by the Police Commission that even they cannot be relied upon for information about serving and retired employees? While these questions beg for answers.

“We are not impressed and are particularly nauseated by the apparent abuse of power by the Commission and the Police Force. We demand that this dance of absurdity be properly investigated by a special commission and all culpable parties be served their due by law without fail.

“It is our intention to espouse the position of the law as opposed to lay views on the legitimacy or otherwise of the invitation of Senator Misau by the Police Service Commission.”

Sponsored: Natural herbal cure for all types of hepatitis- money back guaranteed