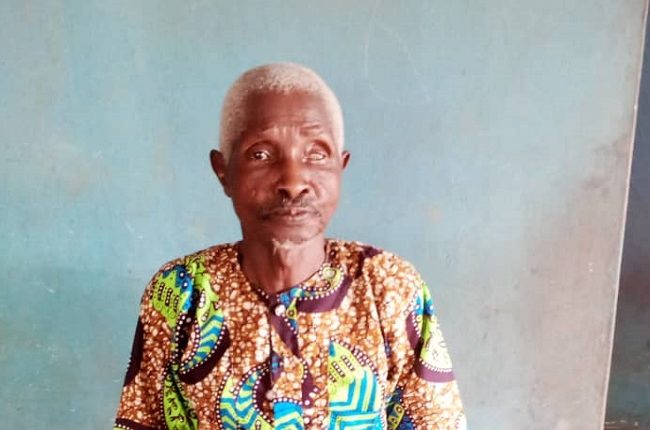 One, Hunsu Sunday, has been arrested by the men of the Ogun State Police Command, on Thursday, over allegation of impregnating his 15 year-old granddaughter.

The septuagenarian, according to a statement by the Command’s Police Public Relations Officer, Abimbola Oyeyemi, was apprehended based on a complaint made by a relation of the victim, at the Ado-Odo Division.

The complainant, in the statement reported that the victim, had been living with the suspect, since the demise of her mother.

The victim was said to have informed the relation about how her grandfather had been abusing her sexually.

Upon this information, the DPO Ado-Odo, SP Michael Arowojeun, detailed his men and effect the arrest of the suspect.

The statement said, “On interrogation, he confessed having carnal knowledge of his granddaughter, but claimed that he didn’t know that the victim is pregnant. The victim has been taken to hospital for medical treatment.”

The State Commissioner of Police, CP Edward Awolowo Ajogun, had ordered the immediate transfer of the suspect to anti-human trafficking and child labour unit of the state criminal investigation and intelligence department for further investigation and prosecution.

Democratic candidate, Joe Biden has been elected President of the United States of America.Man impregnates granddaughter

Kamala Harris made history on Saturday with her election as Joe Biden’s vice president, becoming the first woman, first Black American and first Asian American to win the second-highest US office.Man impregnates granddaughter

Restructuring can only work with National Assembly ― Tambuwal

Bad governance not COVID-19 led Nigeria to another recession ― Adebanjo