Kidnapping: NSCDC to synergise with other security agencies 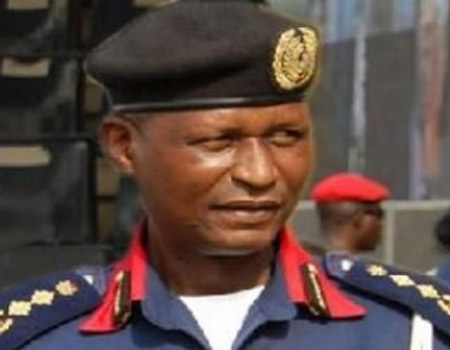 Muhammadu said this in a statement by the NSCDC Spokesperson, Emmanuel Okeh, on Wednesday in Abuja.

He stated that all hands must be on deck to tackle the current security challenges confronting the nation, most especially the issue of incessant kidnapping along Abuja-Kaduna Road.

The NSCDC boss also urged the personnel to be resolute and professional without clashing with personnel of other security agencies‎ in the task ahead.

The House of Representatives had on Tuesday summoned service chiefs, including the NSCDC boss, on the spate of kidnapping and other crimes in the country.

The NSCDC boss, however, debunked allegations ‎ that certain sum of money was found in his private account.

He explained that since assumption of office in July 2015 till date, the budgetary allocation released to the Corps had never been up  to N7 billion.

Muhammadu said rumour mongers were circulating stories that N6 billion was found in his account, describing it as baseless,‎ fallacious and highly unimaginable.‎”

He noted that the mischief makers posited that the alleged money was meant for staff promoted two years ago.

“This is not possible because government in this era cannot allow such huge amount of money to be paid into a private account when it is meant for an agency.

“I‎n this dispensation where payment is done centrally through the CBN e-payment process, how can one person move such an amount of money to a private account without being conscious of the fact that bubble will burst?” he asked.

Muhammadu urged personnel to remain committed to their work “and dismiss the rumours by character assassins to rubbish the leadership of the Corps for their selfish ambition.”