IPOB, herdsmen and the Nigerian nation

Borderless
By Sulaimon Olanrewaju On Sep 24, 2017 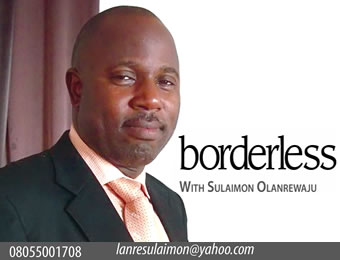 THE Federal Government did not hide its intention to stamp out the Indigenous People of Biafra (IPOB) going by the way it went after the group with its military might. In just one operation, the military’s dance of death resulted in the IPOB and its ragtag army’s macabre dance; those who managed to escape military gunshots and jackboots scampered with their bruised noses and battered bodies to their burrowed hideouts.

The position of the government is understandable; it is to prevent having another Boko Haram situation on our hands. Had the Boko Haram insurgents been identified for what they actually represented and treated accordingly in good time, tens of thousands of lives lost to the fundamentalists’ activities could have been saved and the case of having millions of people being internally displaced could have been averted. So, that the government moved to stop what could have turned out to be a security threat to the country is quite commendable albeit it would have been preferable if the government had engaged IPOB leaders in discussion so as to find a way to resolve the crisis without resorting to military action which cost some lives and disrupted living.

However, the way the Federal Government unleashed its military powers on members of IPOB who were merely asking for self-determination has left many Nigerians wondering why the government has not meted out the same treatment to rampaging herdsmen who caused untold hardship in Southern Kaduna, leaving hundreds dead and thousands maimed. The herdsmen have killed many people in Benue State, destroyed many communities in Plateau State, destroyed many lives, farms and defiled many women in the South-East, South-West and South-South regions of the country.

The herdsmen are an obvious threat to life and property in Nigeria, yet the government has not gone after them with the venom of a python so as to stop their destructive activities. These herdsmen are a threat to food security in Nigeria having destroyed many farm and maimed many farmers, yet no commensurate military action has been taken against them. The herdsmen pose a danger to the nation’s peace and security, yet no step has been taken to rein them in.

If the herdsmen are being treated with kid gloves in spite of the heinous crimes committed against the Nigerian nation why did the military display so much animosity against the IPOB members? Pray, how many communities did the IPOB destroy to warrant the kind of military action that was witnessed recently in the East? How many people did the IPOB kill that there was a combined force of the army and the air force against the group? Is there more to what happened than what has been let out?

On December 12, 2015, members of the Islamic Movement in Nigeria, popularly known as the Shiites, were having a peaceful procession in Zaria when there arose an altercation between this Islamic group and some soldiers. The military claimed the Shiites attacked the Chief of Army Staff, Lt Gen. Tukur Buratai, which was its justification for descending on the Shiites’ mosque. At the end, the mosque was reduced to rubble and over 300 members of the group were massacred. The leader of the group El Zakzakky, has not been seen ever since that incident. Not a single person has been sanctioned for that action.

If the military could deal so ruthlessly with those who were holding a peaceful protest why can it not deal in the same manner with rampaging and destructive herdsmen who pose a danger to the peoples of Nigeria? The selective military treatment cannot but leave one wondering whether Nigerians are really one people or whether there are different categories of people who claim to be Nigerian citizens. This has left many wondering whether justice actually exists in Nigeria or whether it has a special definition in Nigeria.

Is rightness or wrongness a function of where one belongs in the Nigerian divide? Is it a matter of ethnicity or religious practice? Is rightness or wrongness in Nigeria defined by who one is or who one is related to? Is what is sauce for IPOB also sauce for herdsmen? Does justice mean the same thing for both the Fulani man and the Igbo woman? Does the Yoruba man enjoy the same treatment under the law of the nation as his Hausa compatriot? Is the fate of a man from Southern Kaduna the same as that of his neighbour from Northern Kaduna in the face of the law in Nigeria?

Does Nigeria have just one set of laws or different sets? Does the same law apply to all Nigerians irrespective of their situations or are different laws applied depending on the status of those involved in a particular matter? Are Nigerians treated as one people or a collection of different people in the same confine? Do all categories of Nigerians enjoy the same rights or rights are determined by one’s state of origin or religious affiliation?

The average Nigerian wants a Nigeria that works for all; not one that works against the majority and for just a handful. This can only happen when everyone is subjected to the same treatment irrespective of their status or station in life. It is when there is justice that the country can begin to dream of unity. Government is supposed to be an agent of unity but its agents seem to be interested in disuniting the people. Unity can only be achieved through fairness and justice. If the government continues to be quick to quash some people who run afoul of the laws of the land, but is reluctant to do same to others who are in the same situation, a united Nigeria will remain an illusion.