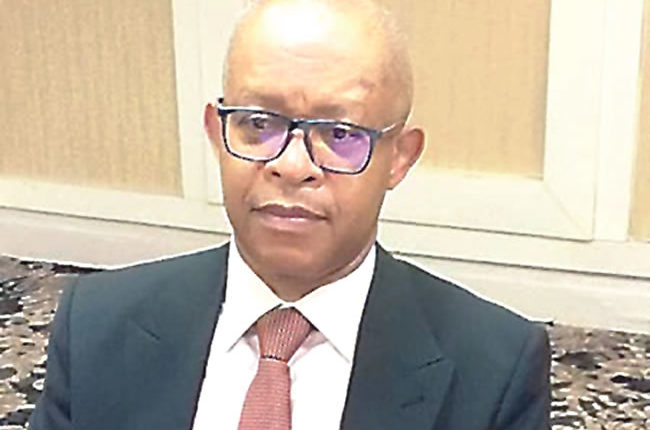 Chairman of Oilserv Limited, Emeka Okwuosa, led a team of his company executives on a corporate visit to Innoson Vehicle Manufacturing Company, Nnewi, Anambra State recently. He spoke with journalists after the facility tour of the indigenous motor company. JUDE OSSAI was there. Excerpts:

WHY did you decide to visit Innoson Vehicle Manufacturing Company (IVM) with your management team?

I’m here today specifically at Innoson Vehicle Manufacturing Company, what we call IVM, to identify with the company. You cannot talk about IVM without talking about Chief Innocent Chukwuma, who is the proprietor, the man who thought out this venture and made it to be what you can see today, a workable venture. We’re here to identify with him.

Oilserv Limited is specifically an engineering and construction company in the oil and gas industry. We are the company that builds most of the pipelines, not only here in Nigeria but also in other parts of Africa. In the course of our work, we do develop technology and we also use technology. And we see IVM as a company that not only talks the talk but also does the work. Basically, talking about manufacturing of motor vehicles, not assembling of motor vehicles, taking it from the scratch and adapting it to the needs of our country, and we see it as an avenue to have a partnership.

So, we are here to visit him, see his production processes and then let the world know that IVM is very effective in fulfilling Nigeria’s local content development, which is what Oilserv is all about. Basically we’re partnering with IVM in the conceptualization, manufacturing and use of local vehicles for oil and gas purposes.

How workable is this inter-industry partnership between Oilserv and Innoson?

Like I said earlier, I know Innocent Chukwuma. I know he is a man of his own words. We’re not here for the first time in terms of our engagement. We’ve already engaged with them because we believe in them and we’re already working with them. As I’m speaking here today we had already, before coming here, made an order for vehicles close to about N600 million. We’ll still do more because we believe in what he is doing. But coming here today has given us more impetus to see what he is doing. Some of the vehicles we saw there during the facility tour, some of them are being made for Oilserv.

When you patronise IVM as a way of encouraging local content development, do you still get the same quality you get from imported vehicles in terms of durability?

Innoson is equal to what is obtainable in the outside world. He is a local manufacturer; he is a Nigerian manufacturer. He is also a Nigerian engineering company. For us, partnering with Innoson is a testimony to developing local capacity in Nigeria.

If you are in a position to change anything in the industry, what would you change?

I’ll make sure that a law is passed that would make it mandatory that all vehicles used in Nigeria for mostly oil and gas industry should be made in Nigeria. Innoson should be encouraged because he has shown effectiveness in his operations.

What impact would buying vehicles from Innoson have on the industry?

The impact is in many ways. First, having the vehicles locally manufactured in Nigeria  makes it very easy for us to adapt. If we need spare parts it is easier to get and if we need to adjust the specifications of vehicles we need, it is easier. From what we’ve seen, I can see flexibility in Innoson’s manufacturing process. We can also be in a position to grow the local industry. It will be an example to others, to many other industries to understand that bringing up Nigerian brands, developing local capacity is the best. People should understand that aside from patronizing vehicle manufacturing companies, there are various industries that need to be encouraged. In our company, in the course of our projects, we encourage local capacity not only here in Anambra, we are also doing that in Rivers State. We plan to do it in the North because of our projects in the North. We will build up local capacity of local production.

Can you beat your chest and say that your partnership with Innoson is a good decision?

I don’t know whether I should beat my chest but I would say yes. First, before we set out to do this, we planned and we know what we’re doing. As you can see here, there are quite a few managers of Oilserv Limited and for us to leave what we’re doing in Port Harcourt and various parts of Nigeria and assemble our general managers here shows that we believe in what we’re talking about. We can still beat our chest but the work is not finished. It’s still work in progress in terms of developing Nigeria’s local content. This is a good example, and we have to continue to develop this and make sure that Nigerians know that it is workable. We should patronize Nigerian products and that’s my own take on that. Nigerian government is encouraging that, the President of the Federal Republic of Nigeria is encouraging that and at the local level, the state governments are encouraging that. I can see them buying some of his (Innoson) vehicles. Anambra State government has done that and some other state governments have done that. So, I can beat my chest and say I am glad to be part of this. I’m glad that Oilserv is part of this process and we’ll continue to do so.

Two years ago, you postulated that the federal government needed to invest over $3 trillion in infrastructure development over the next 20 years to make appreciable impact in various sectors. Do you still think that would be enough to revamp the nation’s infrastructure given the devastation COVID-19 has wrought on the economy?

I believe what I said at UNN’s 48th Convocation Lecture. I was talking of $3 trillion over a period of 20 years. Investment comes in various ways but let us understand it, nobody is asking the Nigerian government to go and vote out money and give to people. What we’re talking of is laying the right foundation, encouraging such by policies and various means like by having the right credits available that will make businesses to thrive. I’m a believer in private enterprise. I don’t believe that government should be in manufacturing, or that government should be in engineering. No. Government’s job is to articulate and provide the capacity and enabling environment which will make sure that this happens. I strongly believe that if we do not develop local capacity, not just in terms of infrastructure; I’m talking about human capacity development which starts from education all the way to various trainings, we will not go far as a country. If we do this religiously and constantly over a period of time in a well-structured manner I believe Nigeria will develop. We have people in Nigeria that are capable and working.

The NDDC and the tragedy of a nation

What winning car, N.5m cash means to me as an undergraduate —Adeyemo, winner of Osun…

Like Buhari, Yar’Adua, Jonathan, we may beg someone to be president in 2023…