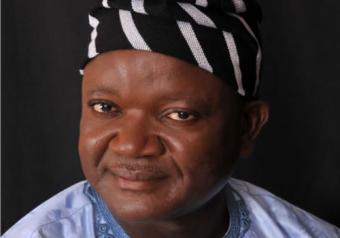 BENUE State governor, Chief Samuel Ortom, has said that he is scared of the  Economic and Financial Crimes Commission (EFCC), hence,  his caution in the handling of state resources.

Governor Ortom said this, during the weekend  at the banquet hall of  the Government House, Makurdi ,while addressing the dissolved caretaker committee chairmen and Directors of General Service and Administration (DGSA) of the 23 local government areas of the state.

The governor, who committed his fear of EFCC in prayer said: “After  my tenure as  a  governor, it is my sincere prayer that I will not have cause to be    the   guest of  EFCC in the name of Jesus.”

The governor said his fight against corruption prompted him to tell everybody that he would not back any person who mismanaged government funds.

While saying that “one who goes to equity must do so with clean hands,” the governor disclosed: “Somebody told me to start  making  money for 2019 but  I told that person that in 2015, I did not win governorship because of money.”

The governor expressed regrets over the inability of the state government to pay the caretaker committee members salaries and other benefits from January till date and ordered that such entitlements  be paid to them from the balance of the bailout funds for local governments.

While thanking the caretaker committee members for rendering service during difficult times, Governor Ortom directed the council chairmen to handover vehicles and other property of the local governments to DGSAs on Monday.

He further directed the Bureau for Local Government and  Chieftaincy Affairs to assist the outgoing chairmen with some money to ease their mobility.

According to him, the chairmen would be handing over the vehicles to  DGSAs because they spent one year in office instead of four. He emphasised that security challenge may confront  local governments as the chairmen leave office.

The governor directed the outgoing chairman of Guma Local Government  Area and chairman of ALGON in the state, Mr Samuel  Aga, to ensure that the meeting slated for today (Monday) in the local government  takes place.