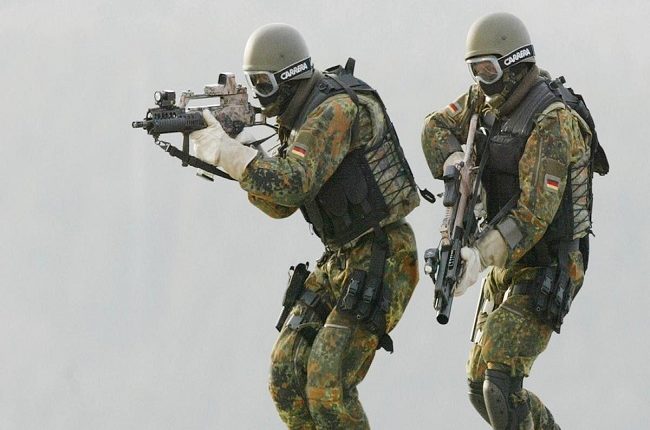 Three men broke into a customs office in the German town of Emmerich earlier this month and drilled a hole into its safe, making off with around 6.5 million euros (7.6 million dollars).

Investigators said on Wednesday that the crime occurred on Nov. 1 and police in the western state of North-Rhine Westphalia are offering a 100,000-euro reward for the bandits’ capture.

The men are said to have pried open a cellar door at the office and drilled a hole in the wall to access a vault in the adjacent room, before swiping the money, which had been stored in several safe bags.

Authorities released pictures taken by a witness that showed a man who had been pacing around outside the scene of the heist. customs

Members of a special investigative commission established by the police department in the city of Krefeld said the scheme had been planned and executed in a professional manner.

At around 10:45 a.m, they noticed three men dressed in dark clothing and wearing dark woollen hats leave and re-enter the building repeatedly, in order to load items into a white van with a sliding door.

They then drove off in the vehicle, whose licence plate number showed that it was registered in the western town of Kleve.

A fourth suspect, who is thought to have kept watch, later drove off in a separate car in the same direction.

Police had already reported the crime, but the sum of money netted by the criminals had not been revealed, nor had details of the spectacular plot. customs

Emmerich, a town of around 30,000, is located near Germany’s border with the Netherlands.

The All Progressives Congress (APC) has told a Federal High Court in Abuja, that the Comrade Adams Oshiomhole-led National Working Committee (NWC) was sacked to solve the internal leadership crises rocking the party. customs

The party also said that immediately the Caretaker/Extraordinary Convention Planning Committee was put in place after the NWC’s dissolution, the crises that had characterised its affairs were laid to rest. customs