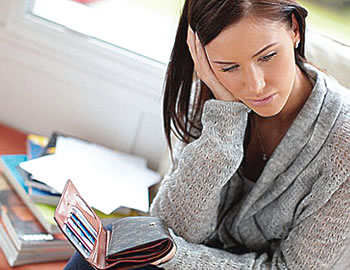 It’s well-known that stress and heart attacks are linked, but it’s not clear whether any particular kind of stress carries a greater risk for heart health. Now, new research suggests that for women, money problems may be at the top of the list.

Using data from the Women’s Health Study, a long-term survey that followed participants for an average of nine years, the researchers analyzed the stressful experiences of 267 women, whose average age was 56, who had suffered a heart attack sometime over the study period. For comparison, they also examined 281 women with similar risk factors, like age and smoking habits, who did not experience heart attack. At the beginning of the survey, the women had provided information about stressful life events — such as incurring an injury, losing a job or discovering a spouse was unfaithful — that had taken place within the past five years. Of the items on the survey, three were classified as “traumatic”: a life-threatening illness, a serious assault or the death of a child or spouse.

It turned out that financial problems doubled women’s risk of having a heart attack. Experiencing a traumatic life event also increased the risk of heart attack by 65 per cent, regardless of women’s income, the study found.

Scientists still know relatively little about the factors that affect heart disease in women who haven’t had heart problems previously, the researchers said. “Much of the prior research related to negative life events was done in persons who have a history of heart attacks, and in men,” Dr. Michelle Albert, a co-author of the study and a cardiologist at the University of California Medical Center, San Francisco, said in a statement.

Just like stress affects men and women in different ways, so does heart disease, which is currently the No. 1 cause of death for women in the United States, according to the Centers for Disease Control and Prevention.

Although men are more likely to suffer a heart attack, female heart-attack patients tend to fare worse. About 25 per cent of women who have a heart attack will die within a year, compared with 20 per cent of men, and a 2014 study found that among younger people, in particular, women have longer hospital stays than men after suffering a heart attack.

On average, women also tend to develop heart disease about 10 years later than men. Previous research has suggested that some of this gap might have to do with insulin, the hormone that controls blood sugar. Insulin resistance — a condition that can lead to high blood sugar levels — may increase the risk of heart disease, but a 2013 study found that women’s bodies seem to handle insulin resistance better than men’s, leaving them with fewer of the condition’s negative effects.

This most recent study, presented at a meeting of the American Heart Association in April 2016, illustrates the need for further gender-specific research on heart-disease risk factors, “particularly in women who also have limited socioeconomic resources,” the authors wrote in their abstract.

“At the biological level, we know that adverse experiences, including psychological ones, can lead to increased inflammation and cortisol levels,” Albert said, but “the interplay between gender, heart disease and psychological factors is poorly understood.”

My husband changed when he became a politician —Wife