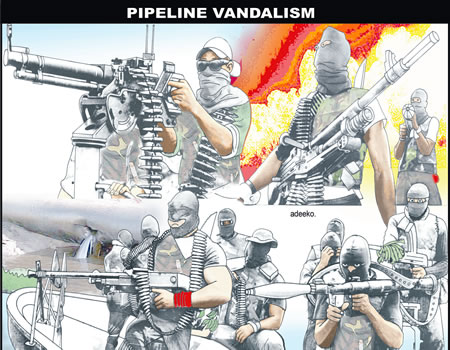 Two members of the committee wrote minority reports. They were Dr Leton and Professor Adedotun Phillips. Dr. Leton, who was Minister of Education in 1978-1979, was an Ogboni activist. His minority report was titled Minority Recommendations. And those views of his are still relevant in today’s Nigeria as it relates to revenue allocation. Dr. Leton died in March 2013 in Port Harcourt. Till his death he was the president of the Movement For the Survival of the Ogoni people (MOSOB).

Here are his views. “An amount from the Federation Account equal to 30 per cent of mining rents and royalties each year should be set aside for distribution among the mineral producing States on the basis of their contribution to the Mining Sector revenues. In doing so, there should be no distribution between on-shore and off-shore mining. The balance in the Federal Account (ca. 95per cent) should then be shared among the three tiers of government as recommended by the commission. Mineral rent is already conceded by the commission as an attribute of the states of origin, in accordance with the Land Use Decree. It must be pointed out that this is a very small piece of the rent-royalty cake. Royalty, as it is usually defined with respect to mining, is a “payment made to a landowner for the extraction of minerals from beneath his land”. Therefore, it too is an attribute of the state of origin. The mineral producing states thus have an intrinsic right to mining rents and royalties. They, however, should realise that they are part of a federation in which they must necessarily share what is due to them with their brother states. It is on this basis that I recommend only 30 per cent of mining rents and royalties. This amounts to 6.3 per cent of the Mining Sector contribution to the Federation Account by the 1980 Federal Government Revenue Estimates. The 1.5 per cent (of the Federation Account) Revenue Equalisation Fund recommend for Bendel and Rivers States by the Commission, apart from being too little to offset the usual benefits the two states derive from rents and royalties, would if accepted, permanently destroy their claim o even a modest percentage of revenues from this source. It is therefore doubly unacceptable. Enough has been said about off-mining and the adjoining states elsewhere in this report. It is, however, worth nothing areas of the world (certainly of Britain) today. As the saying goes: you cannot (or rather, should not) bite the finger that feeds you. Our general lack of concern for the oil producing areas is simply alarming.

“Although coal and especially tin/columbite have been produced and exported by Nigeria for several decades, when we talk of mineral these days, in particular with respect to revenue generation and sharing, we think of mineral of oil (petroleum) and associated or natural gas. Petroleum producing States at the moment are Bendel, Rivers, Cross River,Imo and Ondo. An oil mineral survey map of Nigeria,however, shows that Bauchi, Benue,Borno,Gongola,Kwara,Lagos,Niger,Plateau and Sokoto States are potentially oil producing. It does not, therefore, require a soothsayer to predict that, before long, mining of this precious commodity will no longer be the preserve of a few States. Besides, there are no serious indications of uranium (another priceless) mineral these days) in Bauchi, Cross River and Sokoto States. With this type of spread of mineral producing areas, the general antipathy towards mineral producing states is likely to change and with that (hopefully) a change of the mineral laws of the country. 3. The Minerals Ordinance of 1946(now variably referred to as the Minerals Act.) vested in the Crown the control of and property in minerals, mineral oils and in water by providing under Section 3(1) that”The entire property in and control of all minerals, and mineral oils, in, under or upon any lands in Nigeria, and of all rivers, streams and water courses throughout Nigeria, is and shall be vested in the Crown, save in so far as such rights may in any case have been limited by any express grant made before the commencement of this Ordinance”.

Several amendments have been made since then, notably “state” replacing “crown” with our attainment of independence. It is, however, surprising that the spirit and letter of this colonial legislation was carried into the Republican Constitution of 1963. The ownership of minerals was still vested in the state not the Regions! The next major amendment was the Petroleum Decree (No 51,1969), which vested “The entire ownership and control of all petroleum in , under and upon  any lands to which this section applies” in the state. It went on under Section 1(2) to provide that “This section applies to all land (including land covered by water) which-(a) is in Nigeria, or (b) is under the territorial waters of Nigeria, or (c) forms part of the continental shelf. This is obviously an extension of the Minerals Act in respect of petroleum, to cover our territorial waters and the continental shelf. 5. Section 40(3) of the 1979 Constitution, tightening both the Minerals Act and the Petroleum Decree, then provides that” the entire property in and control of all minerals, mineral oils and natural gas in, under or upon any lands in Nigeria or in, under or upon the territorial waters and the Exclusive Economic Zone of Nigeria shall be vested in the Government of the Federation and shall be managed in such manner as may be prescribed by the National Assembly”.

This type of situation ought to be resolved. The principle of derivation has dominated revenue sharing in this country since 1946 when we began moving from a unitary to a federal system of Government. Thus the Phillipson Commission of 1946 applied, effectively, only the principle of derivation. Hicks-Phillipson(1951) proposed derivation as one of three principles while Chick (1953) adopted derivation only; but, for the first time, extended it to cover 100 per cent of mining rents and royalties to the region of origin.

What then are the arguments against derivation? Perhaps the most often and readily advanced is that oil is a gift of Mother Nature (what on earth isn’t). It was not put there by anybody and therefore nobody should have any claim to it. It belongs to everybody. If we want to carry this type of argument to its logical conclusion, then the oil should belong to the United Nations! It however, should be borne in mind that the oil(any oil field) belongs to Nigeria not just because of any law made thereto for but more so by virtue of the fact that the people who own that part of the country, the people who live there are Nigerians. If, as in the case of the Southern Cameroon, they could decide not to be Nigerians, then they would carry the land and the minerals with them. We could not say that, because the oil belongs to Nigeria, they should leave it behind. This exposes the illogicality of this law.