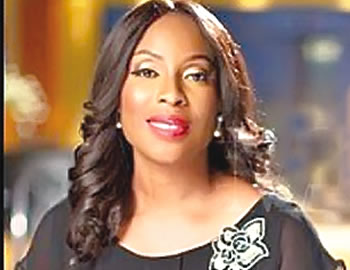 EbonyLife TV clocked three years on DSTV on Friday and announced that it has expanded its operations to Lagos State where all its daily and entertainment shows are now produced.

This was disclosed in a statement issued by its Chief Executive Officer (CEO), Mo’Abudu, on Friday. Describing the three-year journey as fruitful, Abudu revealed that the cable TV, in the last three years, created over 3000 hours of premium quality home grown programming in a variety of  genre’s – drama, comedy, reality, talk, lifestyle, magazine and factual.

She said further that “EbonyLife TV has expanded its operations to Lagos where all our daily and entertainment shows are now produced, but Calabar still very much remains home to EbonyLife TV, which has now become our drama production hub. I assure you of many great and exciting drama series. The Governor, Dere, On The Real, Sons of the Caliphate and even FIFTY the Series. For Talk shows we have added Mens Corner, The Boot and MOMENTZ for the 18-22 year olds also coming.

“In line with our vision to keep telling our stories, EbonyLife Films was birthed in 2014 with the production of FIFTY, a huge success in cinemas nationwide and is now also available on Netflix and you now watch FIFTY on most international flights. That’s not all, this year, EbonyLife Films is partnering with Film One, Koga Studios and Inkblot in a Film Collective to produce yet another block buster, The Wedding Party that will be available in cinemas nationwide this Christmas.

“I assure you that we have a lot more for you as we move into our third year, all I can say is stay glued to EbonyLife TV.”

Russia 2018: No Nigerian coach can handle Eagles to qualify —Owolabi