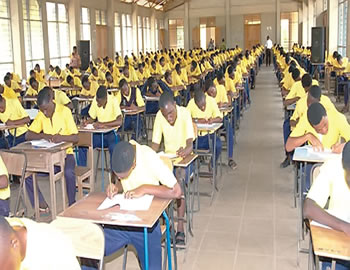 Ikpo who spoke on Thursday in Abakaliki in an interview with the News Agency of Nigeria (NAN), said that the board had successfully completed the verification of certificates of primary and junior secondary school teachers.

According to him, the government is committed to providing qualitative education to people of the state, adding that government would deploy every legitimate measure to achieve the aim.

He said that the state government recently inaugurated over 20, 000 reading desks, while over 914 classroom blocks had been renovated in selected schools across the state.

“The state government is committed to enhancing the standard and quality of teaching and learning in the state through training and retraining of teachers.

“To this end, approval has been given by the state Executive Council for the retraining of teachers from the 1064 primary and 222 junior secondary schools to improve their capacity.

“The board has also renovated over 914-classroom blocks, while it has commenced the distribution of 20,000 reading desks, recently inaugurated by the government for use in public primary and junior secondary schools across the 13 council areas of the state.

“We have a governor who is committed to enthronement and entrenching of functional and quality education to the people,” Ikpo said.

He said that the campaign against loitering and hawking by school pupils and students was being vigorously pursued and urged parents and guardians to join in the crusade.

“It is part of our mandate to ensure that discipline and moral probity take centre stage in the conduct of teachers, pupils and students in our schools and we are not going to rest until we achieve this.

“Also we will vigorously pursue the campaign against loitering and hawking by school children during school hours and I call on our parents and guardians to join the crusade,” he added.

Suspected cultist killed in shootout with police in Akwa Ibom