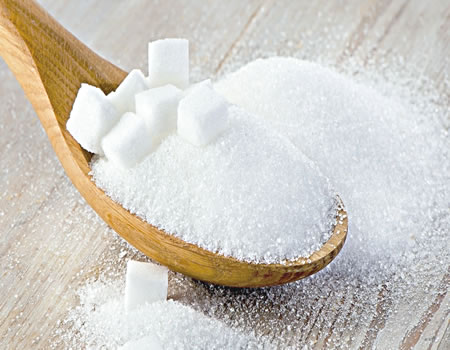 SOME women experience intense craving for pastries like doughnuts and cakes when they are on their menstrual period. Some indulge in sweet drinks and food at that period to cope with the monthly feeling of irritability and depression associated with painful cramps.

Most women experience some menstrual pain. It usually presents as chronic pelvic or lower abdominal pain. Sometimes, it is accompanied by several other symptoms, such as feelings of depression, dizziness, irritability, diarrhoea or nausea. For up to 15 per cent, it is severe enough to interfere with work and other activities for one or more days every month.

Of course, the intense desire to consume enormous amounts of sugar during menstruation is a common trait many women share. It is a common notion that girls shouldn’t have cold food and drink drinks during their period days. Howbeit, other women would forego sugar in all forms because it apparently ends up with heavy and painful periods.

Does sugar or a particular diet had anything to do with heavy and painful periods? Is this old wives’ tale superstitious after all? Can eating or avoiding certain foods relieve symptoms? In 2020, a research study published in Nutrients, said the Mediterranean diet, alcohol consumption and consuming typical foods from southern Spain appear to influence cycle length, menstrual flow and menstrual pain. The local foods in Spain include ham, strawberry and olive oil.

This cross-sectional study, which included 311 health science students at the University of Huelva, Andalusia, eating less than two pieces of fruit per day and eating pulses more than one day a week raised the probability of suffering menstrual pain.

Also, menstrual bleeding was lower in women who consumed olive oil daily. A lower percentage of women were identified as having heavy bleeding (21.8 per cent) versus 25 per cent among women who did not consume olive oil.

In relation to the consumption of typical local foods and menstrual pain, daily strawberry consumption among women without dysmenorrhea was higher (11.4 per cent) than among those with dysmenorrhea (4.7per cent).

In 2018, researchers studied the relationship between dietary patterns and the risk of painful menses among university students and said that adherence to the “snacks” pattern is associated with an increased risk of moderate to severe dysmenorrhea during menstruation among young women.

The study, in the journal, BMC Women’s Health indicated that unhealthy snack food (called “junk food”) was associated with risk of dysmenorrhea before and after controlling for family history of dysmenorrhea.

According to them, “The results of this research imply that diet, characterized by high consumption of sugars, salty snacks, sweets and desserts, tea and coffee, salt, fruit juices and added fat (labelled as “snacks” pattern), is associated with an increased risk of dysmenorrhea among young women. More research is needed in this field to optimize the dietary patterns of individuals suffering from this problem.”

Professor Oladeni Adeniji, a consultant obstetrician and gynaecologist, Ladoke Akintola University of Technology (LAUTECH) Teaching Hospital Ogbomoso, however, said that no research has proved that avoidance of sugar or a particular diet can prevent heavy and painful periods.

According to him, “We hear it, these are insinuations. But is it every woman that eats sugar that has menstrual pain?  Why are some not having menstrual pain? These are things that make it very unreliable to predict.

“The only reasonable thing that we know is that a high level of prostaglandin causes menstrual pain. In fact, most of the drugs that we give for menstrual pain are to either inhibit prostaglandin formation or reduce it. But the factors that lead to prostaglandin are not well explained in medical cycles as of now.”

Dr Olusiji Jagun,  a consultant obstetrician and gynaecologist at the Olabisi Onabanjo University Teaching Hospital, Sagamu, Ogun State, said that the notion that cutting down on sugar intake can reduce or prevent menstrual pain is common talked about by many women, although it has not been thoroughly studied to know if this is true or not.

According to Dr Jagun, “I have heard this from many women, but I have not read it in a textbook or thought this in a class. So, I cannot explain how this occurs. But certainly, this is anecdotal until effective clinical trials are done.”

I am Igbo, not just dot from Buhari’s Dotland

Why early screening for sickle cell disease is desirable

Colic not synonymous with crying —Expert

Be careful lifting or grabbing a child by the arms

COVID-19 vaccine and pregnancy: What you need to know