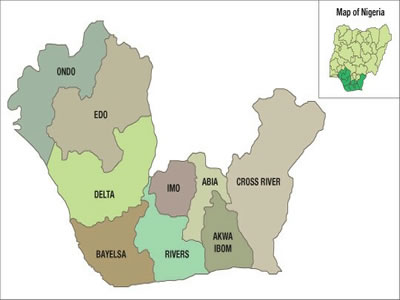 With the Aladja/Ogbe-Ijoh land imbroglio yet to subside, another bloody communal clash may be rearing its head as two communities, Ukpiovwin and Oghior both in Udu Local Government Area of Delta State are contesting over the ownership of right of way of OML 65.

The Abura Flowline ”OML 65” is operated by the Nigerian Petroleum Development Company (NPDC).

Both communities are claiming ownership of the land where the spill and subsequent fire recently occurred.

President-General of Ukpiovwin community, one Mr Lucky, on Thursday at the town hall said Oghior community’s claim in a publication to be the owner of the land where spill and subsequent fire occurred at Abura Flowline OML 65 was false and baseless.

Ejenavwo, who briefed journalists in the presence of youths and community elders, said the publication in a national daily (not Nigerian Tribune) was credited to the President-General of Oghior Community, Mr. Wisdom Ghaghara and others.

According to him, the land in question belongs to Ukpiovwin, his community.

”The publication by Oghior community with respect to the oil spill and subsequent fire incident at Abura Flowline published on page 33 of the Vanguard Newspaper of Tuesday November 29, 2016 is amusing,” he said.

Ejenavwo, who is also a surveillance contractor, said when a spill occurred on the Abura Flowline, he drew the attention of the NPDC officials to the development.

”Following my report, NPDC on October 27, 2016, send a team for the JIV text. The JIV text was concluded on November 25.

”On November 27, 2016, within the hours of 800 and 900 hours, my Youth Leader, Mr. Adile James, called my cell phone to inform me that there was fire incident at the Abura Flowline where the spill occurred.

”I immediately sent a text message to the manager, Security Department, NPDC and Warri Field Office (WFO) to send fire fighters to the scene.

”We make bold to say that the land where the spill and subsequent fire incident occurred at Abura Flowline OML 65, belongs to Ukpiovwin Community and not Oghior as claimed by Ghaghara and his cohorts,” he said.

He described the publication as frivolous, baseless and a calculated attempt to resume another page of disaffection between both communities.

Ejenavwo, however, appealed to the community to remain calm and urged Nigerians and the NPDC to disregard the publication.

It will be recalled that both communities were at each other’s throats early 2016 with scores sustaining varying degrees of injuries over land dispute.