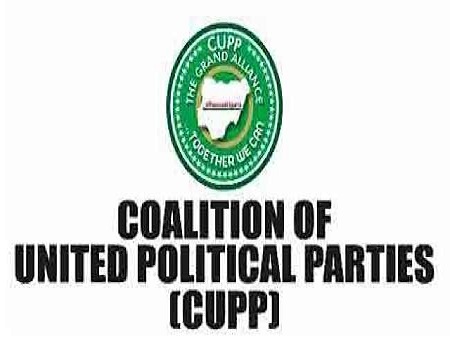 The Coalition of United Political Parties (CUPP) has condemned the recent killings in Southern Kaduna and Katsina where over 70 people were murdered this week.

While describing the killing as sadism of the worst order, CUPP urged the Federal, Kaduna and Katsina States Governments to be proactive and halt the mindless slaughter of fellow compatriots in their homeland.

The is contained in a statement issued by the Chairman, Contact and Mobilisation Committee Member, Steering Committee, CUPP, Reverend Olusegun Peters.

The statement said “CUPP feels the pains and agonies of the bereaved families which forced the women of Atyap communities of Southern Kaduna to protest naked the killing of their husbands and children in the recent attacks lamenting that the killings had turned them to widows while their farmlands were no go areas due to the fear of marauders.

“CUPP condemns in strong terms the gruesome execution of five aid workers by Boko Haram insurgents in the course of serving humanity. The aid workers were adducted during a humanitarian mission to support internally displaced persons in the North East.

“Our heart goes out to members of their families trusting God to console and strengthen them in this period of grief”.

Furthermore, CUPP said “it is obvious that the security and welfare of the people are the primary purposes of government in accordance with section 14(2)b of the 1999 constitution as amended.

“It is incumbents on government at all levels to ensure the protection of lives and property of the populace. These killings of innocent Nigerians must stop forthwith.

“CUPP calls on President Muhammadu Buhari to take urgent steps to end the incessant killings in the country as the commander-in-chief of the armed forces. Nigerians will not accept any more excuse over the continued bloodshed in the nation”.