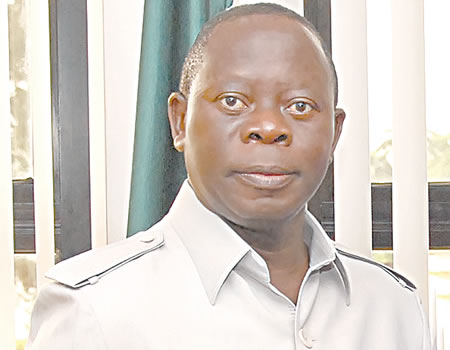 Worried by the recent attack on the national chairman of the All Progressives Congress (APC), Comrade Adams Oshiomhole, by some suspected thugs in Benin, the Edo State Chairman of the Coalition of Registered Political Parties (CRPP), Dr Samson Isibor has called for a halt to political violence in the state.

ALSO READ:  Constituency projects not under my purview ― SGF

Isibor who spoke in Benin yesterday said that the series of sacks were unconstitutional.

The chairman demanded that the officials should be re-instated as there was no genuine reason for the sack but it is an open display of naked power.

Isibor said: “Sponsored political violence in Edo State is uncalled for and should stop. Edo State is noted for peace. Desperation to win election must not be the reason to resort to violence. The CRPP condemns the recent sponsored attack on Oshiomhole.”

He advised politicians to eschew bitterness but should instead learn to see themselves as partners in progress who criticise constructively and proffer solutions where necessary.