Bomb attack hits US base in eastern Afghanistan 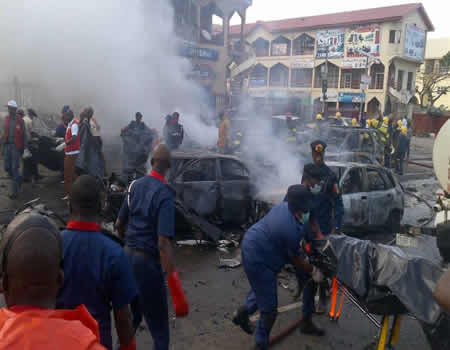 SUSPECTED Taliban insurgents on Monday attacked a US-operated base in Afghanistan’s eastern province of Khost, officials said, but gave few immediate details of an assault that coincided with a visit to Kabul by US Secretary of Defense James Mattis.

The attackers had detonated a car bomb at an entrance to Camp Chapman, a secretive facility manned by US forces and private military contractors, said Mubarez Mohammad Zadran, a spokesman for the provincial governor.

But he had little immediate information on any damage or casualties.

“I am aware of a car bomb attack at one of the gates in the U.S. base, but we are not allowed there to get more details,” the spokesman said.

A spokesman for the U.S. military in Afghanistan, Capt. William Salvin, confirmed the car bomb attack. He said there appeared to be a number of Afghan casualties but none among U.S. or coalition personnel at the base.

The attack came just three days after more than 140 Afghan soldiers were killed in an attack on their base by Taliban fighters disguised in military uniforms.