Property and Environment
By Tunde Alao On Sep 27, 2017 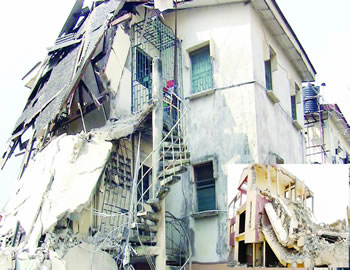 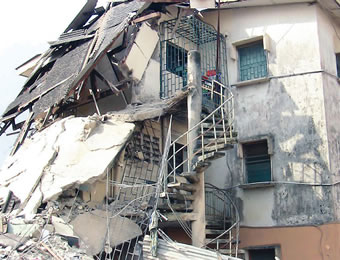 While it appears that the menace of building collapse in the country, especially in Lagos State is defying every known solution, professionals in the built environment are determined to tackle the problem.
The arrowhead of war against the menace, Building Collapse Prevention Guide (BCPG), has made efforts to ensure that this monster is finally tamed. But to get this done, it was the opinion of the group to involve the collaboration of the relevant stakeholders.

Speaking at the valedictory ceremony to mark the end of his tenure recently, President of the association, Mr Kunle Awobodu, a fellow of Nigerian Institute Of Builders (NIOB), while highlighting efforts made by the group to bring sanity to the situation, emphasised the need for collaboration with other stakeholders.
These include the Standards Organisation of Nigeria (SON), Lagos State Ministry of Physical Planning and Urban Development, Lagos State Safety Commission and other relevant professional bodies.
According to Awobodu, “The law says provide minimal airspace of three metres between your building and the fence, at the sides and the rear, and also six metres in front. However, what you observe in many places is at conflict with this specification.

“It gives an inkling, a deduction that the person, who superintended over the construction of such buildings must have disobeyed many other specifications in the building construction process”, he said, adding that a person that cheats on the recommended setbacks is aware that he or she has created problems of insufficient ventilation, lighting, parking space, privacy and protection from fire incident in the adjoining or neighbouring building.

He cited the recent incident where a two-storey building located at number 68, Herbert Macaulay Way, Ebute Metta in Lagos on August 31, 2017, collapsed and affected the adjoining four-storey building simply because the affected building reduced the setback specified by the building regulation.

He was of the view that any designer or builder that uses a different building plan from the approved ones to construct a building in order to expand the rooms by cheating on the air space or setback and also ignoring the structural implications cannot be trusted. “Such a person, who could have taken a risk of leaving a permanent evidence of disregard to setback regulation would not hesitate to disobey other specifications such as concrete mix ratio and steel reinforcement bar spacing that would remain hidden after construction”, he said, noting that obvious compromise on setbacks in many locations heightens suspicions and fears that quality of several buildings has all along been compromised.

He also believed that it is this general attitude of compromise by developers that made some government inspectors, who have experienced this frustration over the years conclude that it was a waste of time for those trying to fight building collapse syndrome in a society where many citizens were not law abiding. This attitude is also exploited by some officials for their personal benefits.
“Building collapse is a dent on the collective image of the Nigerian construction professionals in the eye of the world, which has caused loss of lives and property. Building collapse has created apprehension and health challenges in the occupants of buildings. Should we accept this pathetic situation as a fait accompli and, therefore, fold our arms in a defeat?”, he asked.