As single, would you marry a divorcee with children? 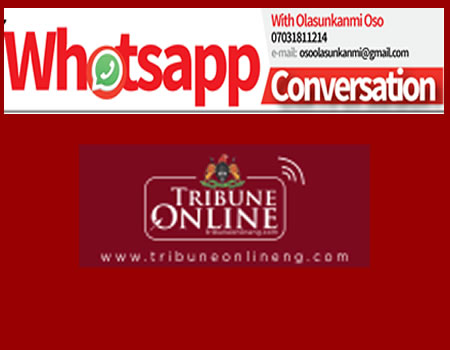 There are a lot of reasons people end up in divorce. However, being a divorcee is not the end of the world. To many, it is an opportunity to have a second chance at marriage but not without varying complications especially when there are children involved in such marriages. Being single, is a clean slate to the institution called marriage. It opens up varying choices of partners with different status such as singles, divorcees and widows/widowers depending on your choice. Hence, as a single, would you marry a divorcee with children?

On WhatsApp Conversation, these are what those who joined our conversation and our expert are saying on the issue:

Of course, I can. Marrying a divorcee, to me, means she has to do change of names for the children because I would not want to wet another man’s farm. This, I would do by ascertaining the ‘ex’ does not want the children anymore. If she agrees, I would change the ownership of the kids to mine but not without a careful legal measure. If this is done, the job of caring for them is endless for me.

I cannot. One, I am a Christian and the Bible does not encourage divorce. So, for that person to have divorced, I do not think the person is following God’s will. Well, you might say the person divorced out of infidelity on the part of the partner, which then only would I consider because that is the ground the Bible gives in order to divorce. Then with the kids, I do not really mind. Children are children whether mine or not. Also, another reason I would not marry a divorcee, especially if it was the guy that pushed for the divorce, is because that tells a lot about the guy. Marriage is for better and for worse, ability to solve problems, and forgive. So, there is a probability that the guy did not have all these qualities which, of course, could make our marriage fail again.

I cannot do it. It is like sleeping on a keg of gun powder which may explode soon. The children may become problematic in the future.

Yes, I can. But, the society we live in today would rather say a No. The stigma for divorcées is so overwhelming that singles would rather abort or commit suicide than having a child out of wedlock. I watched a movie where a single guy pretended to be a poor man to find a faithful wife. When he found out she has a kid and demanded to know why, the girl told him the man was her helper but has died. Now, for example, if at a young age with just one child would you allow your sister to remain unmarried and commit adultery around than have another marriage?

No, because I want whoever I am marrying not to have any child outside and not to be a divorcee. I cannot be a step mother. Plus, there is the tendency that his ex-wife would still be in the picture, one way or the other. So, I would not start what I cannot finish or cope with. Let it be me and the man I want to settle down with, building our home together, free from an ex-wife and stepchildren drama.

Esther Adekeye, a media personality, is our expert on this matter. She noted that these things are totally dependent on the individuals involved. Being divorced is not a disease neither does having children is. The problem in most cases would be that the one with children would give priority to his/her children and this, if not managed properly, would cause disputes. This is not to say that singles marrying singles does not come with its own dynamics too. I am sure there are divorcees with children who married singles and have been living happily. At the end of the day, wisdom is very important in relationships. Furthermore, mutual respect, understanding, love and above all, being financially independent as a woman saves you a lot of physical and emotional stresses.

This actually seems to be a smooth ride. However, divorce is not a simple matter. It is either the father of the children is on the neck of the wife for his kids or the children hate the stepfather/mother coming to take their father’s or mother’s place. How do you deal with case like this?

Every relationship comes with challenges. However, it is the place of the divorcee to protect the new partner. This is because, honestly, it is difficult to come in between parents and their children or even their first love no matter what the situation is. I think everyone going into a relationship should weigh the pros and cons to know what they could handle before entering into it. Singles should go for singles. Let divorcees go for divorcees or widows/widowers who already have a firsthand experience of marriage.

Next week on WhatsApp Conversation, we would be treating: Should gender equality exists in marriage?

Join our WhatsApp Conversation every Sunday by 8 pm or send in your comments as a text message (50- 60 words) to the mobile number or e-mail address above.

Old sayings that should be revised

Who is to be blamed for the rise in ritual killings in the country?

Who is to be blamed for the rise in ritual killings in the country?

Real but you can’t believe it is