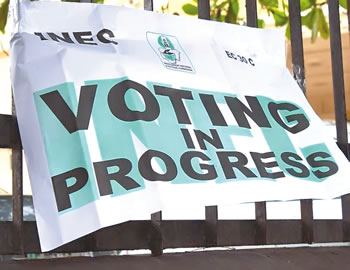 AHEAD of Anambra State governorship election slated for November 8, 2017 by the Independent National Electoral Commission, (INEC) the Coalition of Political Parties (COPP), an electoral alliance of 15 registered political parties have agreed to field a single candidate in the election.

Nigerian Tribune gathered that the COPP would also adopt candidates in the forthcoming Ekiti and Osun elections.

Nigerian Tribune further gathered that a chieftain of BNPP, Perry Opara has been nominated to lead the coalition as chancellor while national chairmen of the 14 other political parties involved in the alliance shall be co-chairmen.

The National Chairman of ACPN, Alhaji Ganiyu Galadima, who confirmed the alliance, however, said “The arrangement did not include Presidential election but governorship elections where some of the parties involve don’t have strong presence.”

Opara in a statement explained that the arrangement “is not a merger, but an electoral alliance for participating registered political parties who are free to field separate candidates for councillorship, local government chairmanship, House of Assembly, House of Representatives and senatorial candidates of their party, but shall collaborate at the gubernatorial and Presidential elections.

“At the governorship elections, the winning party shall form a Government of State Unity (GSU) while at the Presidential election the winning party shall for a Government of National Unity (GNU) with a view to accommodating participating parties in the coalition thereby reducing winner takes all syndrome which does not allow smaller political parties to grow in Nigeria.”

Opara condemned the level of division in Nigeria and urged politicians and members of non-governmental, faith based and socio-cultural organisations to be careful with their utterances preach peace, instead of hate and division.

“We shall not exclude any party that agrees with our article of faith.

“We shall test the might of the mega coalition in the Anambra, Ekiti and Osun States elections before the 2019 general elections. Future elections in Nigeria will no longer be about political parties or Godfatherism. It will be about the personality of the candidates and the issues being canvassed.”

N400m farud: Metuh’s efforts for Dasuki to testify for him suffers setback