by Tribune Online
in Business News
Reading Time: 1 min read
A A 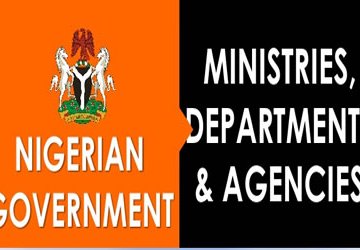 OGUN State Auditor-General, Mr Sunday Odunbanjo, has said that audited account of ministries, department and agencies (MDAs) for 2015 is ready for consideration by the State House of Assembly.

Odunbajo disclosed this shortly after members of Committee on Public Account in the assembly led by Oyenuga Olufowobi concluded the consideration on the 2013 and 2014 reports of the auditor-general at the assembly complex, Abeokuta, at the weekend.

He commended the efforts of the heads of all agencies of government in the state for promoting transparency, accountability and probity in the activities of their MDAs, assuring that his office would continue to partner with the MDAs in promoting the ideal of public account practice.

Odunbanjo also lauded the House of Assembly for effectively discharging its oversight functions in line with the constitutional provision.

In his remarks, Olufowobi, in company of other committee members lauded the MDAs for promoting good governance through prompt response to issues raised in the audited reports, adding that the assembly would not relent in promoting democratic ideals in all its responsibilities.

Mortuary attendants on the run over missing corpse at OOUTH

Mortuary attendants on the run over missing corpse at OOUTH