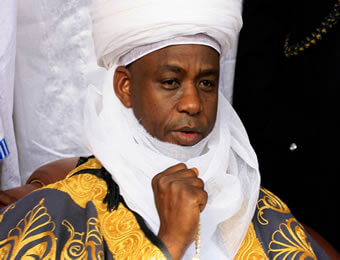 The Muslim Rights Concern (MURIC), on Wednesday said that the Sultan of Sokoto, Alhaji Sa’ad Abubakar, only announced the day for this year’s Eid-el-Kabir and not public holiday as alleged by Nigeria Christian Elders Forum (NCEF).

The News Agency of Nigeria (NAN) recalls that the Sultan had on September 2, announced that Muslims will observe the Eid-el-Kabir on September 12.

However, a coalition of 22 Christian groups in Nigeria led by NCEF on Tuesday claimed that the Sultan had declared the day as public holiday.

MURIC’s Director, Prof. Ishaq Akintola, in a statement made available to NAN in Ibadan, advised the Christian group to help in promoting unity and religious tolerance in the country.

“Only the Federal Government can declare a public holiday in the country while governors alone can declare it in their states.

“But the Sultan reserves the right to declare the day for a Muslim festival.

“The Sultan based the announcement on Saudi’s declaration of Sunday 11th September as Arafat Day. Normally, the following day should be Sallah day.

“So the Sultan was right, he was even being proactive,’’ MURIC said.

MURIC further explained that the announcement by the Sultan was to guide the government on which days to declare as public holiday for the Sallah, which is part of the national holiday, just like Christmas.

The group said all faith groups must strive to promote peace in the country based on mutual respect and tolerance.

“Let us join hands to rebuild our dear country. Let us come together to fight the ills of society.

“Our criticisms and commendations should be on the basis of an individual’s pedigree and not on his religious leaning.

“Let us celebrate our achievements together and seek corrections for our failings with one voice.

Pakistan pledges to assist Nigeria in the fight against insurgency

Edo 2020: Group vows to boycott poll if Muslim candidate is not fielded