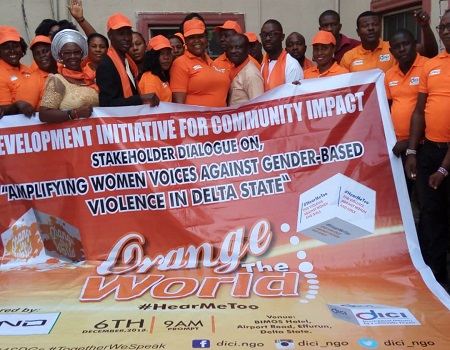 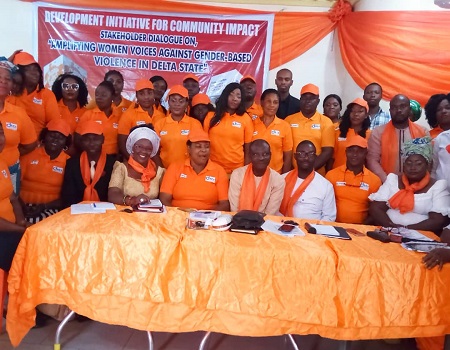 A professor of Hydrology from the Delta University (DELSU), Abraka, Prof. Tony Akpoborie, has cautioned men to desist from violence against women.

The don, who frowned on the rising rate of crimes particularly the Yahoo Boys’ phenomenon, decried the existing policies on gender violence which, he averred, were hardly implemented.

Akpoborie expressed the displeasure on Friday at a “Stakeholders Dialogue on Amplifying Women Voices Against Gender-Based Violence” in Warri.

The programme was organised by the Development Initiative for Community Impact (DICI) in conjunction with the Foundation for Partnership Initiative in Niger Delta (PIND).

Fielding questions from journalists shortly after the event, Akpoborie urged the Federal Government to implement the various policies on gender-based violence in the country to curb the molestation of the female folk.

“We hear testimony from one of the participants at the event on how somebody forced a woman to remove her underwear at a gunpoint in Warri and people were passing by, it is wrong.

“Let us take back our streets and communities, the minority criminals have driven us into our homes; government should encourage gender justice and implement the various policies on gender-based violence,” he said.

The professor said the issue of gender-based violence in society was a complicated process.

According to him, violence against women varies from one culture to another and urged the men to always respect the female folks because “we all have mothers”.

“We live in a male-oriented and dominant society where the emphasis on respect is accorded to the male than the female folks. Though it varies from one culture to another.

“Many policies on gender violence are existing but the implementation is the bane. Government should encourage gender justice and implement those policies to curb the menace,” he said.

Executive Director, Hands to Help International Foundation, Mrs Awhana Mercy, urged the FG to take the rights of women as a topmost priority.

“The Yahoo boys are on the sprawl molesting our women in different ways.

“Therefore, the government should make a law and not an Act that anybody caught molesting a woman, man, boy or girl should be dealt with according to the law,” she said.

The convener, Mrs Rachael Misan-Ruppie, said gender-based violence was a serious challenge in the society.

Misan-Ruppie who is the Programm Coordinator of DICI called for the enforcement of the law against the perpetrators.

While calling on parents to always watch over their wards at all times, Misan-Ruppie advised them to always listen to their children and act when necessary.

“One big challenge in the gender violence against women is the fear of stigmatisation and managing it is a big problem in the society.

“I think the way out is to give an award to the best survivor that tells her story on how she was molested.

“We will keep sensitising, creating awareness and proffering innovative strategic solutions to reducing the gender-based violence, ” she said.

According to the communique adopted by the stakeholders and issued at the end of the programme, victims should try and speak out; females should not be too money conscious; parents should monitor the movement of their wards.

The communique also called on parents monitor to identify their children’s peer group; the dresses they wear and encourage them to imbibe the right values.

Reps to investigate killings of female students in DELSU