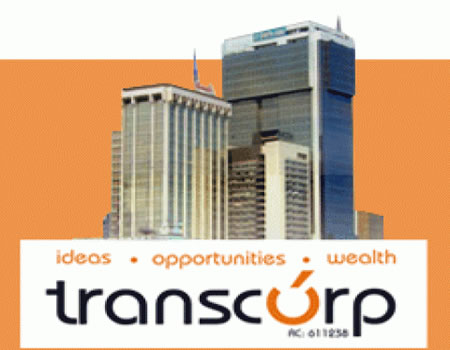 The News Agency of Nigeria (NAN) reports that the revenue increased by 35.11 per cent From the N59.42 billion achieved in 2016.

The company’s results released by the Nigerian Stock Exchange (NSE) showed that the company’s profit after tax increased to N10.61 billion from the loss after tax of N1.13 billion recorded in 2016.

Jibunoh said that the profit reported in the year was also due to increase in power generation by Transcorp Power resulting from improved gas supply and increased generation capacity.

“Also, our hospitality business remains resilient, posting stronger year-on-year performance. Specifically, we continue to maintain market leadership with occupancy levels that are way ahead of the competition.

We are confident of improved fundamentals going forward as we increase our available generation capacity to above 800MW by year-end taking advantage of improving the gas situation.

“We equally expect to benefit from the upside of the new improved infrastructure upon completion of our upgrade project in Transcorp Hilton, Abuja.

The upgrade project is currently on track,” he said.

$350m loan: No blackmail can stop it ―Kaduna govt