Politicians should stop rycling themselves into office —Bishop Oni

by Tribune Online
in Church News
Reading Time: 2 mins read
A A 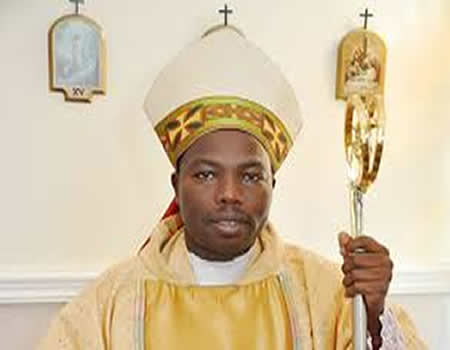 The Bishop of the Diocese of Ondo, Church of Nigeria Anglican Communion, Rt. Revd. Stephen Adeniran Oni, has condemned the recycling of politicians at all levels of government in the country.

Oni,  who spoke in Ondo, headquaters of Ondo West Local Government Area of Ondo State, during the order of service for investiture installation of new chancellor and other officials at the Cathedral Church of St Stephen, Oke-Aluko, Ondo, said absence of age limit barrier had made politicians to perpetuate themselves in public offices.

The clergy specifically called on  President Muhammadu Buhari to drop his reelection bid in 2019, insisting that the nation needed a young and visionary leadership.

Why I reappointed Kashifu Inuwa as NITDA DG ― Buhari

According to him, some politicians have overstayed their time in office and are longer relevant to the polity but have refused to leave the scene for the younger generation as mentors

The clergy who  attributed the development to the poor level of productivity in the country, said: “I don’t expect any 75 to 80 year-old to still be in government, what are they doing there? When will they give their children a place? The age of youthfulness is between 25, 30 and 40; Who will want to employ in a bank a 75 years old man?

“We are now saying 75 should go to the National Assembly. Why should they  be there? We need young people who have aspirations and are highly adventurous. So, let them in.”

Cleric cautions youths against being used as political thugs during elections