Entrepreneurship+
By Adewunmi Adedayo On Dec 20, 2021 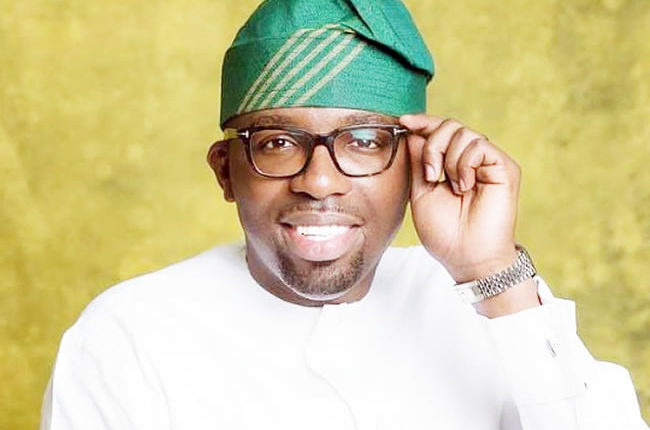 Honourable Seyi Adisa, a member representing Afijio state consistuency in the Oyo State House of Assembly has said that ‘The Oyo State Enterprise and Employability Trust Fund’ bill is aimed at creating a trust fund to empower the youths through entrepreneurship skills.

According to Adisa, the bill modeled to raise funds form local, state, federal government, international agency and private establishments, will also help entrepreneurs through funding, trainings for young startups, and mentoring in other businesses.

Adisa, in an exclusive interview with the Nigerian Tribune, said a major problem the legislators found when they got into office was the problem of unemployment and it is the legislative agenda of the ninth assembly to solve unemployment.

“What we found out when we got into government was the problem of unemployment and our legislative agenda as the ninth assembly is to solve unemployment, which is our number one target, and we had to start looking for bills to solve that,” he said.

“The hope is that as long as these businesses thrive, there will be job openings for the unemployed.”

Honourable Adisa further said that for the employability part, he realised a lot of graduates are unemployable; therefore, the funds will create programmes and empower people with skills that want to get jobs.

“Once they are trained and they become employable, they’ll start fixing them for the enterprises that need employees.

“What makes it sustainable is that when these people get employed, the fund will now ask the enterprises to remove from their salary so another set of people can also be trained so the fund is sustainable,” he added.

Speaking on how Small Business Enterprises (SMEs) can be made to thrive in the state, Honourable Adisa said they need to continue to undergo trainings that will make them become better.

“What entrepreneurs need to do is to continue to develop new skills to survive in adversity and to continue to utilise the opportunities created for them.

“I believe if SMEs are going to thrive; the people that run them must be innovative. They must become better people, more financially literate, understanding budget and finance.

“You can’t give what you don’t have, so they have to train and learn the skills and that’s why the bill is important to train entrepreneurs,” he said.

Adisa who explained that the bill has been passed and gotten to the governor said, “We are waiting for his assent and we hope we will get it.”

On his achievement as a member of the Oyo State House of Assembly, Adisa said he had equipped youths in his constituency (Afijio) with skills such as vocational, digital and agri-business skills.

“In 2019, we had a skill acquisition programme where we had over a 100 young people train in five different skills.  Some of them are practising the skills today. A few still practising the skills, which brings a lot of joy to me, after learning the skill, we gave them some implements and supported them to start with some cash. All of those skills acquired have made them much better.”

“In 2020, we did technical vocational skills, skills that made them employable. Things like facility management, hair and beauty care. We have a lot of black soaps in Awe, Iware and some other skills like hospitality and care giving (looking after the elderly). We also trained them on aquaculture and poultry and we partnered with IITA and the beautiful thing about IITA is that they also taught them the business part of the skill acquired; like how to sell and write business plan.

“2021, this time, we are in the digital space, last month, we worked with an organisation called Campus labs, and they brought the partnership with  Coca-Cola IBM to learn life and business skills.”

“We have been very deliberate about engaging young people and the whole idea is that through it, they’ll become people that can add value and make money from it and this for me, is entrepreneurship,” he said.

Review of Think and Grow Rich