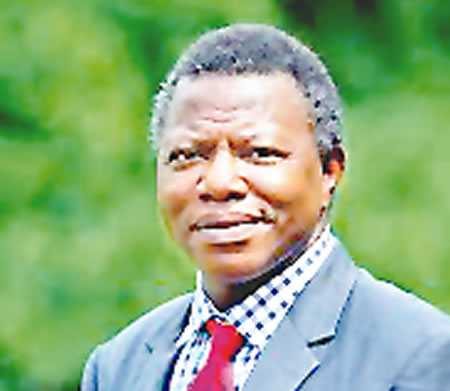 The new collection from the seasoned poet is an engaging poetic voyage that features poems on diverse subjects such as nationhood, records of the poet’s peregrination, politics, religion, and the pervasiveness of the COVID-19 pandemic, with emphasis on his personal experience.

Okinba Launko says the poems in the collection “celebrate and re-affirm the eloquent and indomitable essence of our human spirit.”

On the subject of nationhood, Toyin Adewale-Gabriel states that the poet establishes “his patriotism and passion for our native land with a time-tested tour de force that has rightfully earned him a place in the corpus #BestofNigeria,” while Toni Kan sees the poems in the new collection as “jeremiads for a benighted nation and incantations of hope for a new dawn…”

Wanderer Cantos was released as part of the events marking the author’s 60th birthday celebrations.

Remi Raji is the pen name of Aderemi Raji-Oyelade, prominent member of the influential group of writers known as the Poetry Club, in the University of Ibadan of the 1980s and 1990s.

He was the chairperson of the Oyo State Chapter of the Association of Nigerian Authors (1997-2000) and editor of the 2000 edition of ANA Review.

He was the official Guest Poet to the City of Stockholm, Sweden in 2005.

A former General Secretary of the Nigerian Centre of PEN International, and the first Coordinator of PEN African Centres (PAN), Raji served as the President of the Association of Nigerian Authors (2011-2015).

He lectures at the Department of English, University of Ibadan.

Of child marriage and love for education

Understanding why evil lives in the heart of men