No amount of pressure will stop us from releasing more looters names, FG vows 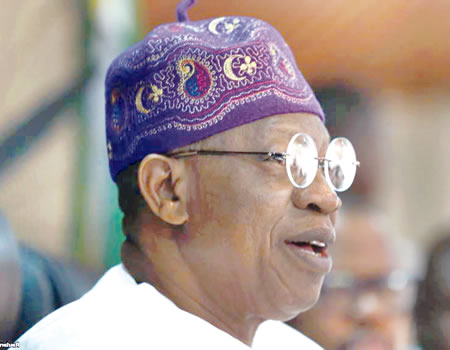 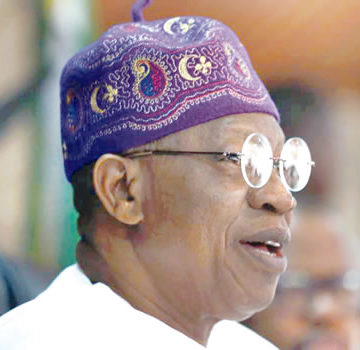 THE Federal Government has assured Nigerians that no amount of pressure, including the antics of hack writers and threats of litigation, will prevent it from releasing more names of the alleged looters of the public treasury.

In a statement issued in Lagos on Sunday, the Minister of Information and Culture, Alhaji Lai Mohammed, said since the release of the first two lists of the alleged looters, there have been overt and covert attempts to intimidate and blackmail the Federal Government into discontinuing the release of more looters’ names.

”Hack writers have inundated the social and traditional media with articles casting aspersion on the lists, while some newspapers have even resorted to writing editorials against the Federal Government over the release of the lists. Most of the write-ups have accused the government of politicising the anti-graft war by releasing the lists. We strongly disagree with them.

Nigerians know those who turned the public treasury into their personal piggy banks, on the basis of very concrete evidence, and that is what we are doing,” he said.

Alhaji Mohammed said the government has always known that corruption will fight back, fast and furious, hence it is not surprised at the hiring of hack writers to attack the very idea of naming and shaming the looters, or the hysterical threats of litigation.

”All the fuss about politicising the anti-corruption fight is aimed at preventing the government from releasing more looters’ names and at the same time muddling the waters. But 1,000 negative write-ups or editorials will not deter us from releasing the third and subsequent lists. For those who have chosen to give succour to looters, we wish them the best of luck with their new pastime,” he said.

The Minister said the pressure being mounted on the government over its decision to expose looters is not unexpected, adding: ”We know where the pressure is coming from. However, the die is cast. We will not stop until we have released the names of all those who have looted our commonwealth. Those who have not looted our treasury have nothing to be afraid of.

He challenged anyone who feels that he or she has been wrongly accused to seek redress in court, rather than engaging in exhibitionist sophistry.

Alhaji Mohammed also reminded Nigerians that it was the PDP that dared to challenge the Federal Government into releasing the list of PDP looters, hence the argument that the list only contained the names of PDP members falls short without proper contextualization.

”We are not underestimating the desperation of the looters, but we wish to assure Nigerians who are justifiably outraged at the mindless plundering of the nation’s wealth also of our determination not to back down. Nigerians must know those who have wrecked the country and mortgaged the future of their children,” Alhaji Mohammed added.

Court remands man in prison for violence against own children

Why there is congestion at the ports ―Customs