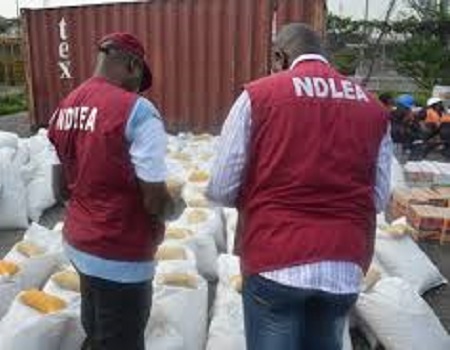 The policeman was said to have been arrested while escorting a vehicle loaded with 30 bags of weeds suspected to be Indian hemp out of Lokoja, the state capital.

The Kogi State Commander of the NDLEA, Mr Idris Bello, said the substance was being transported in a Toyota Picnic car belonging to the Dekina local government area of the state.

He said the vehicle with registration number Kogi KNA 185 LG was being escorted by the policeman when it was intercepted.

Bello said men of the command apprehended the vehicle at a road intersection at about 2.30 pm while trying to convey the product outside the town.

He explained that immediately the car was intercepted, the driver escaped arrest but the policeman was arrested.

The Commander who refused to reveal the identity of the policeman said that the NDLEA was in the process of notifying the police headquarters of the development.

According to him, the affected police officer, the bags of weed and the vehicle had been taken into custody for further investigation.

Prepare to account for your sins, ex-Jonathan’s minister tells Buhari

NDLEA uncovers 40ft container of tramadol, others in Lagos