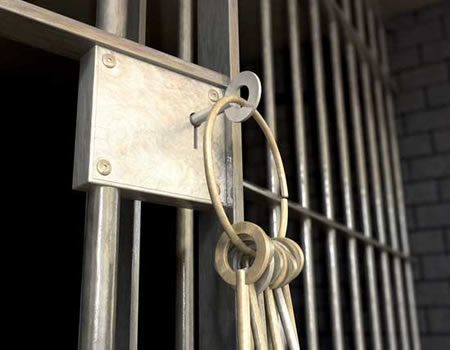 THE Chief Judge of Lagos State, Justice Funmilayo Atilade on Tuesday set free 80 underaged inmates who were locked up at the Badagry Prison.

The inmates ranging from 13 to 16 years were told to go and sin no more.

The release of the underaged prisoners was prompted by a report filed to the office of the Chief Judge by Mrs Dope Olubanwo, notifying her of the alarming number of children, between age 12-17, held in the prison.

It was learnt that some of these children, who appeared weary, malnourished and sick, were arrested by task force officers for offences bothering on breach of peace and aimless wandering.

Mrs Atilade, however, said that the main aim of the visit was to set free the children kept in the prison.

While releasing them, she said, “you are warned to go and sin no more. You are hereby release from custody”.

However, in his welcome address, the Deputy Comptroller of prison, Oyeniran Famuwagun, informed the Lagos CJ that the Badagry prison was built to contain a capacity of 320 inmates but is currently occupied by a total of 584 inmates.

Famuwagun said, “the prison has a population of 584 inmates; with 389 convicted male and 195 awaiting trial males, alongside 70 prison staff members.

“The rapid increase in the population is, often times, as a result of the existing old vehicles that can no longer convey them to Court for trial. Accompanied with the delayed administration of Justice that extends their stay.

“My lady, during your last visit on November 3, 2016 we complained about insufficient water supply and adequate medical facilities to aid in the treatment of some inmates that suffered bruises and severe injuries while being arrest by police agencies.

“We also want you to look into the underaged who are serving prison terms here,” he said.

While responding to issue of underaged inmates, Hon Idowu said that the judiciary of Lagos State has zero tolerance for molestation of children.

“On no condition should a child, below 18 years, be kept in prison either on conviction and awaiting trial.

“Please anytime a child is brought here, send a message to either the office of the Public defender or the High Court.

“Children who commit an offence are not meant to be kept in prison but in correctional facilities for reformation,” she said.

Mrs Odunlami also said that the Lagos state government believes in justice administration and for the purpose of protecting children’s right, enacted the child’s Right law, 2007.

“The Lagos State government does not tolerate children kept in prison. Please call 112 or 727 if you find any child in prison because this is alarming,” she added.

USP gives guidance on how to arrest fake drugs in Nigeria