Ikorodu killings: Why OPC should save Yorubaland 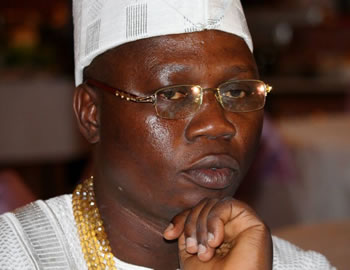 I really understand the view of the leader of the Odua Peoples Congress (OPC), Chief Gani Adams, on why he is reluctant to defend Yoruba people who have come under attacks in Ikorodu area of Lagos State. With Chief Adams’ statement, the OPC has finally embraced peace.

While this is good, as there is no substitute for peace, I think he has to weigh the options again.

Recently, Yorubaland has come under attacks by ‘foreign’ invaders. We have had Fulani  herdsmen killing our farmers and destroying their farms, and at the moment, Ijaw militants have been wreaking havoc on lives and properties in Ikorodu area of Lagos; unfortunately, the only group Yoruba sons and daughters look up to for protection, the OPC, is still studying the situation.

In all honesty, according to Chief Adams, if the OPC had gone after the herdsmen, killing several of them, the cordial relationship which the organisation enjoys with law enforcement agencies would be damaged, but even at that, not reacting when Yorubaland comes under attack is not good enough. While reprisal attacks should not be supported, the OPC should learn to defend Yorubaland by confronting invaders who attack our people.

I don’t think the police will see the OPC as a bad organisation if it halts the rampaging attacks by herdsmen on a community, or it attacks militants who invade our motherland on boats to commit crime.

Now we can read, write, help in our children’s assignments

Nigeria in season of strikes