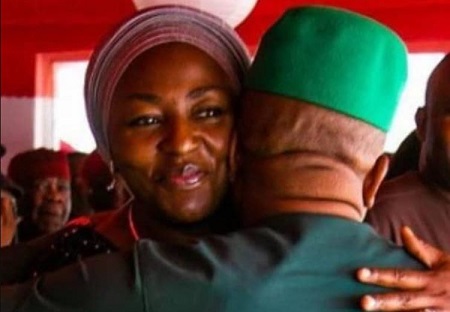 The wife of the form­er governor of Imo State, Ebere Ihedioha, on Wednesday, said she would continue to support her husband despite the supreme court verdict.

Describing the ex-governor as a friend and partner, Ebere said she would stand by him in all circumstances.

The former Imo first lady, who took to her Facebook page, wrote “My Love,​ my Partner and my Friend.​ Nkem!​ #IGotYourBack”.

Ihedioha’s wife said this following the ruling of the apex court on the last governorship election in Imo state.

The supreme court had on Tuesday sacked Ihedioha and declared Senator Hope Uzodinma as the duly elected govern­or of the state.

Critics of Amotekun should go back to sleep ― Soyinka

NSIP created to lift Nigerians out of poverty ― Minister