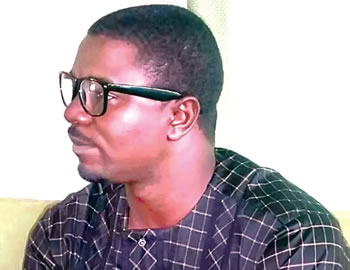 The alleged donation of 55, 000 hectares of land for grazing reserve in Plateau State has been generating controversy. In these interviews with ISAAC SHOBAYO, a former member of the Mr Joe Lengmang and the Director-General of the Bureau for Peace Building, a body established recently to sustain the peace on the Plateau,  speak on the controversy.

Grazing reserve is not people friendly —Mwadkwon WHAT is your agency doing to consolidate on the prevailing peace on the Plateau?

The government has been doing a lot in this regard; this is also in line with the five policy thrust of this administration, which has to do with peace, security and good governance. That is why peace is the first item on the five policy thrust of this present administration. Government has done so much to consolidate on the gains of relative peace by ensuring that there is institutional framework that ensures harmonious existence among diverse ethnic and religious groups across the state.  In the past, the pattern of responding to conflict had always been oscillating between ad-hoc security arrangement and commissions of inquiry set up by the previous government. But as much as they had contributed in meeting security challenges then, the gain has been very little and in some cases, nothing at all. It is a more reactionary approach to dealing with conflict situation. But now, we have gone ahead to be proactive and put in place mechanism that would prevent potential outbreak of crisis and on the other hand to prevent potential reoccurrence. Also, we have an agency that is the first of its kind in the country, which is considered to be the security architecture of the present administration. Our target is to ensure that we do the right things and deliver on our mandate. It is good that other states in the country replicate this type of agency. There must be an organised approach to responding to conflict in different parts of the country. We also recognise  the role that  Civil Society Organisations are playing; they too have the capacity to either douse or escalate violence conflict. It is good we understand the role civil society can play and how we can synergise in order to deliver on the promise of peace and security in Plateau State.

Having achieved much in the area of peace building, one of the controversial issues that might threaten the peace is the issue of grazing reserve. Quite a lot of people are blaming the state government for igniting this controversy, which has led to serious protest, what is the government’s position on grazing reserve?

It is not true that the government has subscribed to grazing reserve or grazing route or lent support to the creation of a Grazing Reserve Commission. The bill that is before the National Assembly is actually calling for the creation of these three items; it is a sponsored bill by private individuals, not the Federal Government. The communication that came from the Federal Government through the Ministry of Agriculture is for the creation of ranches not grazing reserve. Plateau has keyed into this because of the support and benefits it has for the people of the state. It is more of economic empowerment and also seeks to address the security challenges on the long term. But I agree with you that there are a lot of misconceptions of the entire concept, because the information was not well-packaged, which of course gave room for speculations. That also provides a window for political opponents to take advantage of the gap to deceive and mislead the people. But the intention of this government is to empower a majority of young people who can key into the ranches policy, because there is distinction between grazing reserve and ranches. The clear-cut distinction is in the sense that a grazing reserve is a piece of land that is well-demarcated; an expanse of land where cattle rearers roam in search of grasses. You don’t farm inside grazing reserve, it is exclusively for the purpose of the grazing, as opposed to ranches where you have a limited piece of land that is demarcated where you carry out animal husbandry on one hand and on the other hand you rear livestock. We need to modernise livestock production; we have to subscribe to improved varieties. That is what the concept of ranches is all about. It is a process of modernising livestock production as opposed to the perception that it is all about confiscation of people’s lands and giving it to another person. I don’t think that is what the policy is all about.

We have said it times without number that the government is determined and interested in empowering the people; looking at the post-oil economy to boost agriculture potential, because this is where our comparative advantage lies. But people have given it all sorts of names and misinterpretation, especially with the historical experiences we have had with the Fulanis. Public policy of this nature must not be borne out of fear or emotion, we need to go beyond this to be able to look at the issue dispassionately and to carry out the cost benefit analysis and see what kind of benefit this policy can deliver to the vast majority of people. I know a lot of heat have been generated out of this but it is also incumbent on the government to explain what we have been doing within the last three weeks through the Plateau State Peace Building Agency.

We have met with a lot of critical stakeholders, traditional rulers, youths, religious leaders and even with the Civil Society Organisations. Public policy of this nature has the tendency of polarising the society, so we want to receive inputs from all stakeholders, because at the end, we hope all these will set the basis for the development of government position paper. But mind you, government is not implementing ranches policy at the moment, we are working towards developing a proposal that will lead to the implementation of the pilot scheme; pilot scheme in the sense that we are only test-running, if it works and we are able to replicate this across the 17 local government areas of the state, fine and good. In this case, we are not putting the cart before the horse as some people have accused the government of doing; that we are implementing without consultation.  And the consultation will continue pending the time we have a position paper. While some people are opposed to it, there are quite a lot of people that are in support of this idea of ranches. There is no statistics that shows that people of Plateau State have come out that they don’t want this, there is no referendum on this. Our job as an agent of government is to make sure that we facilitate the process of discussion so that it does not degenerate to the level of crisis.

But the impression being created is that the government has keyed into the issue of grazing reserve without consultation.

(Cuts in) The governor, at different for a, had explained how he indicated interest in the idea of ranches. This was what happened, the Federal Government called the attention of state governors; I think to roll out the plan as far as the policy is concerned, not only on ranching but also on other agricultural activities such as cultivation of rice and wheat, among others. It is to be facilitated through the Federal Ministry of Agriculture. It was an impromptu kind of thing, there was no room for consultation, some of the governors who tried to do this lost out in the process. By the time they came back to say they wanted it, it was too late. There was no opportunity for them anymore.

The opposition is claiming that the step taken by the governor might jeopardise the peace of the state.

It is wrong for anyone to say the governor is doing this to jeopardise the peace of the state or the interest of his people simply because he has seen economic opportunity in it. In Plateau State, we have thrown the issue to the stakeholders and the governor has said times without number that there is no compulsion in this, those who want it will get it and government will not force it on those who don’t want it. Again, we need to be very careful on this; the Land Use Act has vested power on the state governor to hold the land in trust for the people. The governor has made it clear that he is not going to confiscate anybody’s land and I think that should be relief enough.

The fear of the people is the implication on the long run considering the frosty relationship between the natives and the Fulani herdsmen. What is your response to this?

I think there is a shallow understanding of government’s intention. Of course, economic empowerment is very important; we need this because people have been living in squalor and policies that would bring economic empowerment should be embraced. Talking about security implications or rather the notion that it would give the Fulani advantage; that is out of the issue. If the pilot scheme works at the end, it will be replicated across the state. It will curtail cattle rustling and discourage the idea of moving cattle, from one point to another. Any herdsman that is not willing to abide is allowed to leave.

How do you create a ranch for roaming herdsmen from neighbouring countries, will the natives surrender their lands for such?

There are different modalities of acquisition of land if the pilot scheme works. One is by leasing, holding or by direct acquisition. It is an avenue to empower young people if it works and if individual wants to get into it, it would be backed by law. It means you either subscribe based on the term and conditions that would be laid down by government and communities or not. With the arrangement, nobody would be able to roam cattle and it will as well discourage cattle rustling.

What is the level of your discussion with the Fulani and the natives over this?

We have been doing this through consultations; we have met with the apex body of the herdsmen, the Miyetti Allah Cattle Breeders Association. They supported the idea. Culture is not static, culture is dynamic, if we realise that grazing is no longer in vogue in this modern time, we have to adjust to the new approach. For those herdsmen from neighbouring states and countries, they have to abide by the rules and regulations here, if they cannot, the only alternative for them is to leave.

We’ve lost 20,000 cows but we didn’t kill anybody in Plateau —Miyetti Allah chairman