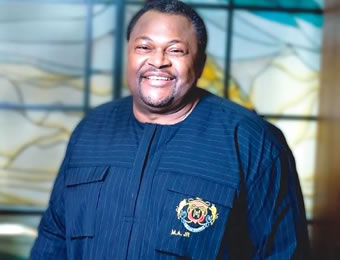 The Chairman of Globacom, Dr Mike Adenuga, was within the week named Platinum Member of the Telecoms Hall of Fame in recognition of his contributions to the growth of Nigeria’s telecommunications industry.

The billionaire businessman was given the honour at the 2016 Nigerian Telecoms Awards.

His company, generally regarded as the “grandmasters of data and innovation pacesetter,” was also named the Telecoms Mobile Operator of the Year by the organisers of the event.

The awards plaques were presented to Globacom on Wednesday at its retail outlet, Gloworld, on Victoria Island, Lagos, by organisers of the award. The company’s Executive Director, Special Projects, Mike  Jituboh, received the award plaque for the Platinum Hall of Fame Award on behalf of Adenuga.

Biodun Ajiboye, Executive Chairman of Logica Communications, the award organisers, said that the Globacom Chairman was given the honour because of the exceptional role he has played in the Nigerian telecoms revolution and for being an African icon in the telecommunications business.

Speaking on behalf of Adenuga and Globacom, Jituboh said the company’s chairman would continue to make business investments that would positively impact the lives of Nigerians, noting, “his philosophy is that if we do not invest in our country, nobody will do it for us. He also promised that Globacom would keep faith with its vision of being the biggest and best telecommunications network.’

Globacom’s Commercial Coordinator, Business Enterprise, Folu Aderibigbe, received the plaque  for the Mobile Telecoms Operator of the Year on behalf of the company.

Globacom was recognised for its pioneering role in the country’s telecommunication landscape and massive investments in the industry. The company’s social relevance, demonstrated through its several people-oriented programs, were also taken into consideration in picking Glo for the award, Ajiboye stated.

He explained that Globacom was chosen ahead of two other mobile telecoms operators who  were nominated for the Mobile Telecom Operator of the Year Award.

The shortlist was made based on the level of acceptance of their brands and products and also for their reliability and affordability.

He disclosed that out of 350 Votes, Globacom scored 297, while the two competitors shared the rest votes.

Ajiboye explained that the award jury was made up of ICT experts led by Dr Simon Olawale, the Dean of Faculty of ICT, Osun State University.

99.4% investors yet to do e-dividend registration —SEC

FG to borrow N110bn through bond next week