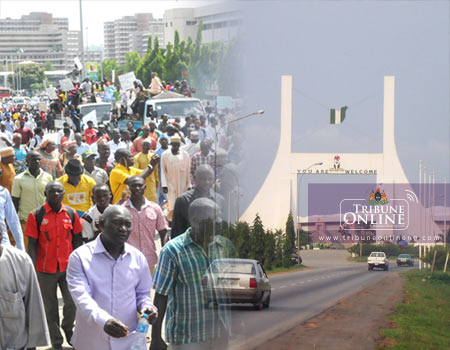 THE Federal Capital Territory Administration (FCTA), has shared a sum of N2.419, 771.26 billion to the six Area Councils and other stakeholders in the FCT as statutory allocation for the month of January. It, therefore, charged them to ensure judicious use of the funds.

The FCT Permanent Secretary, Sir Chinyeaka Ohaa, who is the Chairman of Joint Area Councils Allocation Committee (JAAC), made this known during the committee meeting in Abuja.

In a statement issued and signed by the Press Secretary, FCT Permanent Secretary’s office, Tony Odey, a copy of which was made available to Sunday Triune, on Saturday in Abuja, the permanent secretary said the figure showed that January allocation was higher than previous month by over N100 million and the highest so far since 2015, following the sudden slump in oil price in the international market.

He further remarked that the ongoing Area Councils biometric exercise which was being conducted by the FCT administration was intended to weed out ghost workers across the six Area Councils.

The breakdown of the allocation, according to the statement, shows that Abuja Municipal Area Council (AMAC) got 216million, while Gwagwalada Area Council received 195million and Kuje got 166million.

Chairman of Kwali Area Council who is also the Chairman of ALGON, Honourable Joseph Shazin described the allocation as far and equitable.