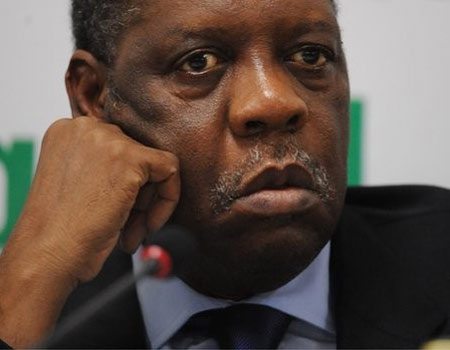 The 29-year tenure of Alhaji Issa Hayatou as president of the Confederation of African Football (CAF) has come to an end in Ethiopia, the homeland of the man he succeeded 29 years ago, Yidnekachew Tessema.

In an election held as part of the 39th Ordinary General Assembly at the AU Conference Hall in Addis Ababa, Ethiopia, the 70-year-old Cameroonian lost his CAF’s number one position to Ahmad Ahmad of Madagascar who polled 34 votes as against Hayatou’s 20.

Ahmad, a former footballer and coach who also is a politician back in Madagascar had campaigned on administrative reform, financial transparency and a potential reorganisation of CAF-organised competitions.

Speaking before the election, outgoing CAF boss, Hayatou lauded the Ethiopian authorities, the African Union and the Ethiopian Football Federation for the support and efforts made towards the success of the event.

“The future of African football must be decided by Africans, you, members of the General Assembly, in the interest of Africans. To us this means having an African Nations cup that is played every two years, at a climatically convenient time, in a format that makes it possible for many countries to participate,” Hayatou who came into power in 1988 stated in his address.

IMF explosion: One injured in blast after opening parcel