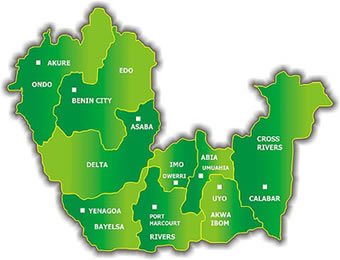 Share
Ex militants in the Niger Delta who said they were yet to be captured under the third phase of the amnesty programme of the federal government, on Saturday, stormed Abuja to protest their continued exclusion.
The former militants who were represented by their leaders from the various states of the region threw more lights into why the region remained fragile.
They‎ alleged that the continued ill-treatments being meted to the former agitators under the aegis of Third Phase ex-Militants by the Amnesty Office was fuelling tension in the region.
Speaking on behalf of the militants, ‎Comrade Wisdom Ibena Rufus, noted that members of the phase who are about 10, 000 and who embraced amnesty and surrendered about 18, 000 arms to government during the administration of late President Musa Yar’Adua were yet to be properly documented and given their entitlements.
He disclosed that the government had undertaken to pay slots for each guns surrendered, apart from disarmament and‎ housing allowances but lamented that the Amnesty Office failed to honour the commitments as it was yet to kick-start the third phase of the amnesty programme.
Rufus urged the government to carry out an immediate probe of the operations of the Amnesty Office with the aim of prosecuting all those culpable in the alleged diversion and short-changing of the members of the Third Phase.
He also urged the government to ensure that all entitlements of the militants were paid forthwith to douse tension in the region.
He said, “Our boys are angry. We can tell them that we are doing something and engaging with government but if they don’t see result of what we are doing, we cannot say what next they can do
“If government refuses to listen to us, we as exco cannot do anything because we are law-abiding people but our members may be uncontrolled,” he said.
Also speaking, Joseph Oteri who is secretary of the Third Phase ex-militants group accused leadership of the Amnesty Office of‎ not wishing for the Niger Delta crisis to end.
He accused them of benefiting from the crisis and said, “the management of the Office are happy that there is crisis in Niger Delta‎ because that is when they make more money.”
In her contribution, General Iyabo Loto said the militants may begin to push for the removal of the coordinator of the Presidential Amnesty Officer, Brigadier General Paul Boroh if he cannot work to douse the tension in the area.
She said, “We can push for his removal and even if it is an Hausa man that they bring, we are ok. We are‎ fed up. It is not that we don’t know what to do but we don’t want to take laws into our hands.”