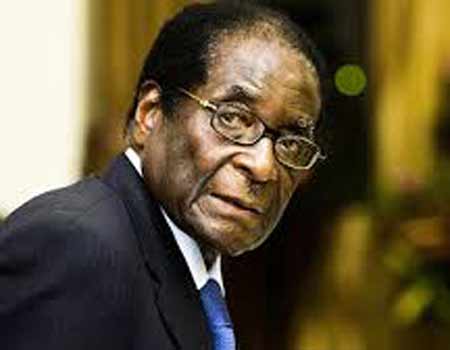 Promise Mkwananzi of a social movement calling itself Tajamuka wanted to prove the 92-year-old president was unfit to hold office given his advanced age.

The court threw out the application on Wednesday, saying Mkwananzi’s case was filed improperly and he has 30 days to address technicalities and refile.

Speaking to media outside the court in the capital, Harare, Mkwananzi said he will appeal against the decision.

“This is just a convenient excuse for the constitutional court to bite the bullet, so we are saying that we are going to reapply within 30 days as prescribed by the rule of the constitutional law and relaunch this issue,” he said.

“We think that this is a very strong case to answer the overwhelming evidence against him. There are statements which the president made which are clearly not in the spirit of the constitution.”

In his case, Mkwananzi argued that Mugabe – who turns 93 this month – is to be blamed for the poor state of the economy, corruption, high unemployment, and alleged human rights abuses in Zimbabwe.

Opposition parties say they will form a coalition by June and choose one presidential candidate to challenge Mugabe in next year’s election.

“Many activists watching this case weren’t sure it would go through. They didn’t know that Promise was going to win,” she said.

“But the opposition says this case was to give a message to those activists that it is still possible to challenge Mugabe despite the high stakes and risks.”

Civil society groups and activists say there will be more anti-government protests this year.

Mugabe has been in power since the country’s independence from Britain in 1980. He is coming under growing pressure from his opponents and some former allies, who are calling for him to step down. But members of the ruling ZANU-PF party want him to run again in next year’s vote.

Anger over high unemployment and cash shortages has led to violent protests in the past year.

Arik Air to challenge take over by AMCON in court