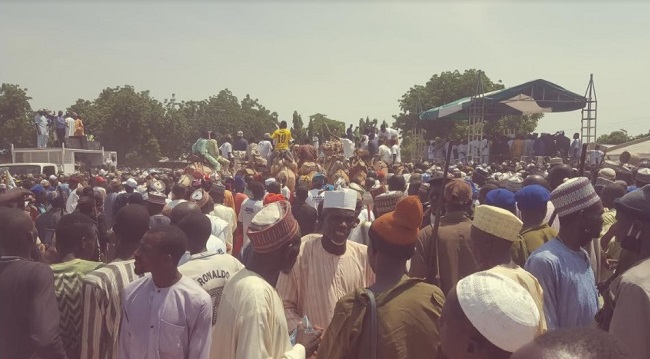 The All Progressives Congress (APC) in Zamfara State has begun its campaign for the bye-election for member representing Bakura Local Government in the state, urging itss supporters to come out and protect their votes.

Speaking during the formal flag-off campaign in Bakura town on Saturday, the state APC chairman, Alhaji Lawal Liman Kaura urged supporters to come out en-masse and vote for their candidate in the forthcoming Bakura constituency bye-election.

He advised APC supporters in the state to shun any act of political thuggery and be law-abiding members during the bye-election in the state.

Also speaking during the Saturday rally, the APC candidate, Alhaji Bello Dankande Gamji, said the security agents should remain neutral and provide adequate security during and after the election.

Dankande maintained that the issue of rigging during the forthcoming by-election by anybody would never be tolerated by APC supporters.

Meanwhile, the bye-election is scheduled to hold on the 31st of October 2020 in the state.