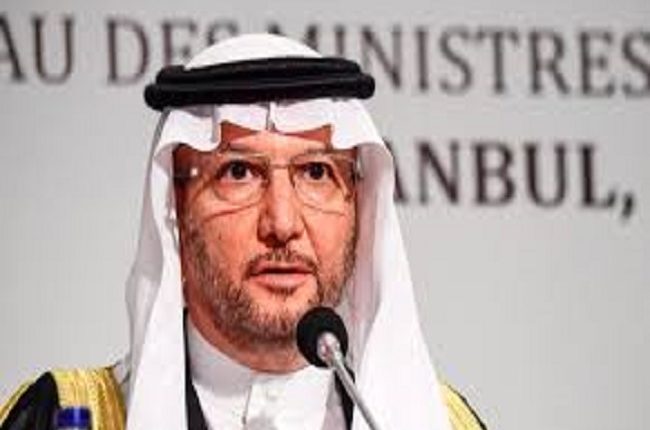 THE secretary-general of the Organisation of Islamic Cooperation (OIC), Dr Yousef bin Ahmed Al-Othaimeen, has paid tribute to the half a billion young men and women throughout the Islamic world for their “remarkable contribution to improving our world” and acknowledged their important role in development.

He described the young Muslims as the springs of energy, vitality and creativity in their respective societies and the elements of change towards a better future.

Bin Ahmed Al-Othaimeen said, on the occasion of Youth Day of the OIC celebrated by member states on September 3 each year, that in recognition of its role in this collective and international responsibility, the OIC, during the 44th session of the Council of Foreign Ministers (CFM) held in Côte d’Ivoire in 2017, adopted a decision designating September 3 of each year as the OIC’s Youth Day.

He said: “The COVID-19 pandemic has shaken the entire world and resulted in unprecedented challenges to youth empowerment as it has plunged humanity into a state of doubt and perplexity.

“Experts believe indications foretell the COVID-19 pandemic will have multidimensional and long-term effects on all societies, including social, cultural, economic, and political repercussions, especially among young people who pay a heavy price for this pandemic.

“A large part of them has to face challenges related to employment, education, health, and social activity, thus young people today, and future generations, will bear many of the long-term economic and social consequences of the crisis.

“During these turbulent times that humanity is going through, we have seen your creative response and resilience towards the current crisis as a vibrant model and a useful contribution to the measures all stakeholders should take to confront this pandemic and overcome the crisis.”

Dr Al-Othaimeen added that in light of these challenges related to pandemic control and post-COVID-19 management, “I commend and call on the governments of member states to continue developing strategies aimed at engaging youth for a successful transition to a post-pandemic world, and to develop urgent and broad-based policy responses to prevent long-term damage on youth.”

He further said: “As a contribution to these solutions and strategies, the OIC’s General Secretariat has undertaken various initiatives. These include providing assistance to some member states through its financing arms, such as the Islamic Development Bank (IsDB) and the Islamic Solidarity Fund (ISF), to respond to the COVID-19 crisis and prepare a better future for all segments of society, including young men and women.”

Dr Al-Othaimeen shed light on the threat of violent extremism and terrorism that has been trying to undermine peace and security in the Islamic world and hijacking the identity and social fabric in member states, claiming in “this abysmal process” the lives of thousands of innocent victims.

“Therefore, we should undertake the responsibility to spread the true image of Islam in terms of moderation and tolerance and educate young people about the dangers of joining criminal and takfiri groups, especially since these terrorist groups exploit social media to spread the culture of extremism, stir up sedition, recruit youth, and promote their destructive ideas,” he added.

The Secretary General added: “I would like to point out that the OIC has adopted a strategy for youth that includes important and sustainable policies for youth empowerment.”

“I reiterate the OIC General Secretariat’s readiness to cooperate with all member states as well as other partners, including institutions working in the field of youth and youth leaders, in everything that would contribute to strengthening youth capabilities and activating their role in the Islamic world.”

Politician, Others Offended By My Husband Should Forgive Him ― Adedibu’s Widow
Wife of the late strongman of Oyo State politics Alhaji Lamidi Ariyibi Adedibu, Alhaja Modinat Abosede Adedibu has come out to appeal to those he offended while alive to forgive him, as there is no human being that does not make mistakes. She also added that since he is now late, those who offended him too…Youths in Islamic world Youths in Islamic world

Kill Me Rather Than Destroy My Cannabis Farm ― Suspect Begs NDLEA In Kogi
A suspected Cannabis Sativa farmer, Clement Akor, has begged the National Drug Law Enforcement Agency (NDLEA) to take his life instead of destroying his 10-hectare cannabis plantation. Akor, a 42 years old father of six children from Enabo village in Ankpa Local Government Area of Kogi State was arrested by the Kogi State command of…Youths in Islamic world  Youths in Islamic world

CAMA Is Against Religious Institutions In Nigeria ―CUPP
The Coalition of United Political Parties (CUPP) on Wednesday said that the Companies and Allied Matters Act (CAMA) was being targeted at religious institutions in the country. Addressing newsmen in Abuja, the spokesman of CUPP, Ikenga Imo Ugochinyere said that it was also a plot by the Federal Government to have access to finance…Youths in Islamic world  Youths in Islamic world

I want justice, father of girl raped, killed in Akinyele cries out