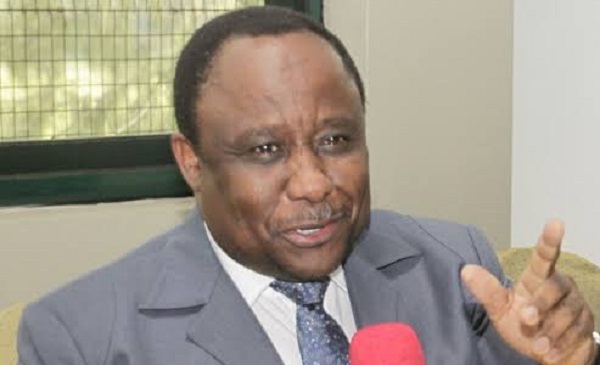 North-East Development Commission (NEDC) has been commended by an organization known as Youths and Elders Forum for the execution of 11 Qualitative projects that are impacting positively on the lives of people of Gombe State.

The commendation was made by the National President of the group, Alhaji Salihu Magaji in a statement he issued, signed and distributed to reporters in Bauchi over the weekend.

He also said that the Managing Director and Chief Executive Officer of NEDC, Mohammed Goni Alkali sited the projects across different communities in order to address their most pressing problems in terms of development.

Salisu Magaji stated that all the 11 projects are physically there for anyone to come and see and even to touch and feels as they have been completed awaiting commissioning by the NEDC.

Others are; Ashaka Garin-Abuja, Nafada – Renovation of PHC at Gadi, Shaganawo, Tashan kalgo, Yemaltu Deba – Renovation of Junior Staff Quarters at CGSS Dadin Kowa and in and Shongom – Upgrade of PHC to the cottage hospital

He also said that since it was established, the NEDC has awarded the contract for the construction of 3000 housing estates, as part of its effort to bring succour to the people of North East saying that 1000 buildings have been completed in Borno State, while construction of 500 housing units each was awarded in Yobe, Bauchi, Adamawa and the Gombe States while another 500 mass houses contract will be awarded on Wednesday 6th October 2021.

Salisu Magaji, “The foundation laying ceremony for the construction of the 500 Mass Housing Units in Gombe State is to take place on Wednesday 6th October 2021. In addition, there will be Flagging off of the distribution of Food and Non-food items to address the rapidly deteriorating food insecurity situation in the North East Region especially in Gombe State.”

The NEDC has commissioned and Handed over the Gombe – sola installation at Specialist Hospital Gombe as well as in Kaltungo – Snake Anti-venom which would address the problem of electricity supply and cater for the high incidences of Snakebites and other associated incidences in the state.

The North-East Development Commission (NEDC) was established to address developmental challenges in the northeast region and to restore the means of livelihood of the people, following the effects of over 12 years-long insurgencies as a result of activities of Boko Haram in the region.

The effects of insurgency led to a massive influx of people into the urban areas with most of them taking shelter at any available public spaces, homes, Schools, huts, abandoned and uncompleted buildings, while many trooped to the neighbouring Northeastern States hundreds settled in the Internally Displaced Persons IDP camps across the states.

When the commission was established, part of its mandate included rehabilitation and reconstruction of destroyed homes and commercial premises of citizens in the region.

In spite of the huge investment in the water sector by the government and international organisations, water scarcity has grown to become a perennial nightmare for residents of Abeokuta, the Ogun State capital. This report x-rays the lives and experiences of residents in getting clean, potable and affordable water amidst the surge of COVID-19 cases in the state…  Youths and elders forum commends NEDC for developmental projects in North-East

Resident doctors call off strike, set to resume on Wednesday

NIAS moves to increase number of graduates for livestock management