‘You need strategic partnerships, visibility and imaging to succeed in entertainment industry’ 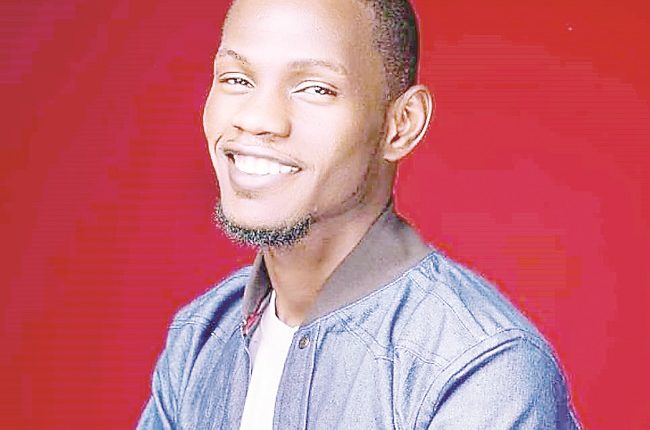 Kolade Dominate indeed dominated radio airwaves in Ibadan, the Oyo State capital for close to a decade on various radio stations in the city with his unique style of presenting entertainment segments and playing hosts to many celebrities. He recently moved to Inspiration FM, Lagos and spoke to ROTIMI IGE about his decision, among other issues.

You recently moved to Lagos after becoming one of the most sought-after radio entertainers in Ibadan, why?

We aspire to be great, from being great we hope to be greater. I am currently on that journey and when I checked the next turn, I guess it was just time for me to move and go back home. I started my career in Lagos, it brought Ibadan and Ibadan brought Lagos back.

Just like the rapper, Diddy, said in ‘Comin home’, “Is a house really a home when your loved ones is gone?”. They say family is everything, I have been out and about for so long hustling for daily bread, I barely saw my family and all.

My business, at some point, was also suffering because I kept shuttling back and forth, so I just had to think about it critically. All these led me to make that choice. Ibadan will always be home to me; lovely people, lovely memories.

Did you move for career advancement or better pay?

Above all these things, peace and being settled is very important to me. I had all these on the table, I was always shuttling between Lagos and Ibadan every time. I just had to find a balance with all of these things. I had a big brand I had to manage, I had my own businesses, career, family and other things at stake. It was just time I put the right pegs in the right holes.

You are also an artiste manager. Was the pressure managing Dotman’s affairs from Ibadan unsurmountable thus making you move?

Not really, sometimes I had to be there in person, sometimes I had my delegates or employees do the job. Once the job was done, we all were good. I won’t say it does not make the job easier now, it does because at least, I get to see things unfold and execute things properly.

Music is global now, you can be anywhere in the world and be getting your results. He (Dotman) was in the U.S for the most part of 2020, I was in Nigeria and we still did well for ourselves.

Now that you are back in Lagos, what are your plans for radio and entertainment?

Honestly, I must say it feels good to be back home; first I am wrapping up Dotman’s debut album titled ‘Hakuna Matata’. I spent months working on this, from getting the right sound, to the producers, to A&Ring it. The mixing and mastering to the release stage in a few weeks, took a whole lot of time. I am also back on radio in Lagos on Nigeria’s number one family radio, Inspiration 92.3 FM and I am on the breakfast Jam with Kafayat Bakare. She’s amazing, witty, funny and outstanding. Make sure you check her out. It’s a family thing. The Breakfast Jam just got juicy and very addictive.

Having held down the fort as an on air personality across various radio stations in Lagos and Ibadan for close to a decade, what would you identify as lacking in the city of Ibadan from entertainers and radio presenters. How can these challenges be surmounted?

This is a big question, I think the differences between here and there is the inability of our entertainers to recognise themselves as brands.

It’s gabage in, gabage out. People believe what they can see, feel and touch, that’s what they will be willing to invest their money or time on. Some have been able to do it over time and it has worked out for them. Some have failed at this.

I think that’s the major difference aside from the fact that both markets are different and the audience as well. Above everything, see yourself as a brand, build that brand so that even during active and inactive days, doors will always be opened to you and your brand.