You can’t body-shame me; I don’t need your pity —Fat Monalisa Stephens

Entertainment
By Femi Oguntayo On Nov 7, 2020 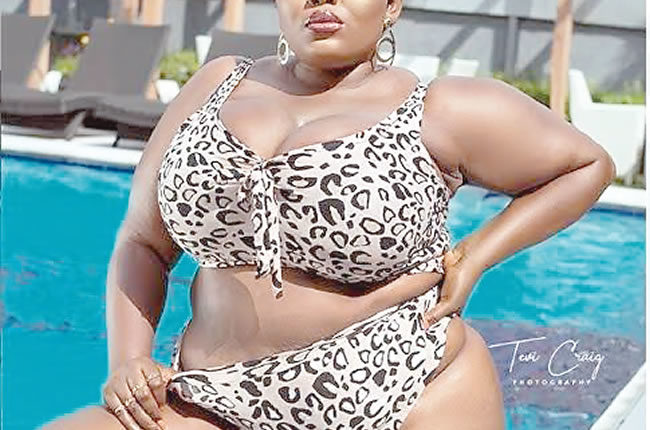 Campaigning against body-shaming and how it has affected some people’s mental health, plus-sized model and social media influencer, Monalisa Stephens, who prefers to be called ‘Fat Monalisa’, has maintained her stand that she can never be body-shamed, just as she does not need any pity because she is fat.

Monalisa who has always been proud of her size and also been an advocate for body positivity posted semi-nude pictures of herself on Instagram, with screenshots of some of her followers who appreciated her advocacy against body-shaming and how this has given them some hope and courage with a caption where she advocated body positivity.

“You cannot body-shame me because I get coconut head, I no dey put my ear for negative talk and I dey block bad energy. I get 6 packs for back and I love am die. Am I depressed? No, I am not. Deep down, I love my body and the way I look and I don’t want to change it.

“Am I living in denial? No, and I will not defend or explain myself. Will I keep talking about body positivity? Yes I will. Do I support working out and eating right? Yes I do! I want to be fat and fit,” she said.

She, however, talked about how the issue of body-shaming has claimed a lot of lives and the need to create awareness against it. “So please reach out to that friend and that family member that people refer to as ‘too fat’, ‘too skinny’, ‘too short’ or ‘too tall’, because nothing is too much. You are perfect the way you are and there is someone out there who will love you for who you are,” she added.

Lagosians fret over IGP’s directive to policemen on self-defence