You are making Southern Kaduna unsafe for development ― el-Rufai 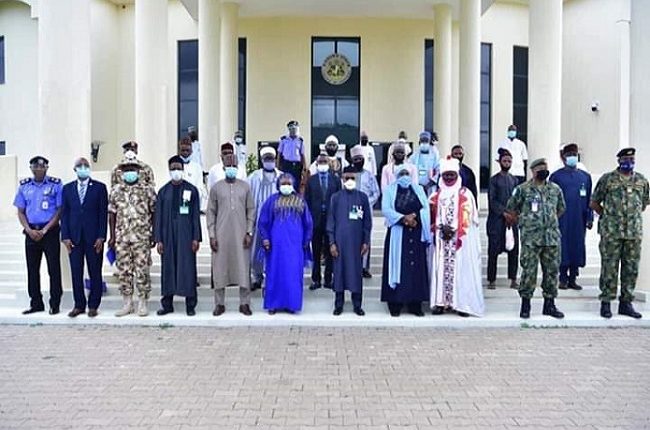 Governor Nasir el-Rufai of Kaduna State has charged the people of Southern Kaduna to be united as the crisis in the area is portraying the place as unsafe for development and investment.

This was even as he said, he welcomed the apparent determination of the stakeholders to turn the page on the cycle of clashes and reprisals.

The governor who gave the advice on Wednesday at a stakeholders’ meeting of political and traditional authorities of Zangon Kataf and Kauru local governments.

He told them leaders should not abdicate their responsibilities, advising, elected officials and traditional rulers not to shy away from taking up the leadership roles in their communities.

el-Rufai assured the stakeholders that the Kaduna State Government will uphold the right of every citizen to live in peace and harmony.

He also called on the communities to expose and report the few that engage in the incitement and violent actions that endanger many.

Responding to the request for firm action against persons using conventional and social media to spread fake news and panic, el-Rufai pointed out to them that ceding the narrative of events in the area “to non-formal actors is not helpful to the cause of peace and the rule of law.”

A statement issued by the Special Adviser on Media and Communication, Mr Muyiwa Adekeye after the meeting, said that the governor explained: “that it was up to the stakeholders from the area to openly controvert false narratives.”

The statement recalled that Zangon Kataf and Kauru local governments have been under a 24-hour curfew, following violent clashes in the two area councils on June 11.

The governor chaired the meeting which comprised security agencies and major stakeholders from the area, as part of measures to restore stability, promote peace and harmony between the affected communities.

el-Rufai noted that “the portrayal of parts of southern Kaduna as unsafe spaces deters development and investments,” the statement said, adding that “he welcomed the apparent determination of the stakeholders to turn the page on the cycle of clashes and reprisals.”

The statement said that the governor is awaiting advice from the core security agencies on the request to review the curfew hours, but promised to address the stakeholders demand for roads.

According to Adekeye, el-Rufai promised that that “the Ministry of Public Works and Infrastructure will construct the Sabo-Kigudu Bridge on Kibori-Kigudu road in Zangon-Kataf LGA and the Bakin Kogi to Kamarun-Chawai road in Kauru LGA.”

el-Rufai assured the stakeholders that government will uphold the right of every citizen to live in peace and harmony, adding that communities should “expose and report the few that engage in the incitement and violent actions that menace and endanger the many.”

The statement noted that the traditional rulers, community leaders and elected officials from the two local governments expressed regret at the violent clashes and the loss of lives and property.

“They assured the government that the communities are working to restore peace and that consultations to rebuild the confidence of victims were being undertaken. They requested the state government to review the 24-hour curfew to enable farmers to take utmost advantage of the rainy season,” Adekeye said.

The statement listed Malam Balarabe Abbas Lawal, Secretary to the State Government, Mr Samuel Aruwan, Commissioner of Internal Security and Home Affairs, Mrs Priscilla Ankut, Executive Vice Chairman of Kaduna State Peace Commission and Hajiya Khadija Hawaja, a member of the Commission as government officials that were at the meeting.

Cross River gets first college of nursing sciences in South-South

2021 Breastfeeding week: 3 out 10 children in Nigeria under 6 months get exclusive…