Yoruba actresses, Fuji musicians, others rally round for MC Oluomo 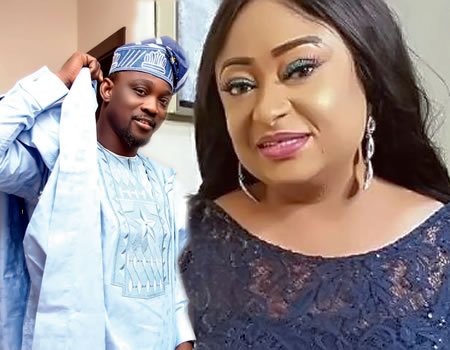 MC Oluomo was reportedly stabbed at the All Progressives Congress (APC) campaign rally in Lagos and had been on admission in a Lagos hospital since then.

There were reports that the NURTW boss might be flown abroad for proper medical attention after news emrged that his condition had got worse.

On Friday, popular actresses in the Yoruba speaking movies such as Ronke Oshodi Oke, Iyabo Ojo, Sikiratu Sindodo, among others took to their Instagram accounts to wish Oluomo a quick recovery amid anxiety  over his condition.

In the Fuji fold, Wasiu Alabi Pasuma and Malaika prayed for Oluomo and called for more prayers for their man.

Olumo was known to be one of the biggest patrons of the Yoruba movie industry and always supporting them finacially.

Oluomo’s daughter has also calmed frayed nerves over the rumoured death of her father as she claimed that her father was alive and recovering well.

Should Christians today give a first fruits offering?

I have lost my ability to write —Ireti Doyle

$50,000 shoot: Only those involved in money ritual can afford your fee, Portable…