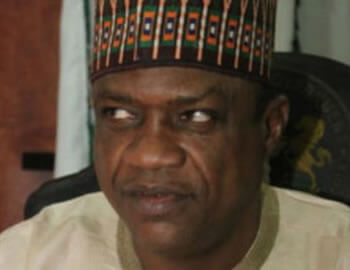 Geidam made the assertion, on Friday evening when the Governor of Kano State Abdullahi Ganduje paid a sympathy visit to him in the government house.

He said that with the recent developments from Dapchi, certainly, eighty four girls have been missing from the Government Girls Science Technical College GGSTC since the Monday abduction saga.

The Governor said that the first roll call made on Monday indicated that there were nine hundred and six female students in that school.

“For the record, when we made the headcount, eight hundred and twenty-two returned and by implications eighty-four are missing or unaccounted for. We know that some ran into nearby villages and others could be around some corner somewhere.”Said the Governor.

The Governor said that three others had appeared as at the end of Friday and he was duly informed. So it’s not proper for anybody, not even a minister outside Yobe to give any figure.

He called on Nigerians and the rest of the world to pray over the sad development hoping that within now and the next few weeks some more will show up from where they have been hiding so that they are not recaptured by the insurgents.

Dapchi, headquarters of Bursari Local Government Council and the home of the Government Girls Science Technical College (GGSTC) Yobe State Government has been in the eye of the storm since the Boko Haram insurgents drove unchallenged into the school and snatched the school girls.

Geidam regretted that even though he was not a military personnel he believed in logical order of doing things so that certain development will not jeopardise the existence of the state.

He called on the theatre commander to correct some of the faulty strategies of his commanders which were at variance with the state adding that there was no justification for withdrawing the soldiers located in the area at that particular time.

“I fault some of their working strategies like the one applied in that town because some of their plans can work negatively against us as a team.”

Earlier, Governor Gadunje told Geidam that he was in Yobe to sympathise with the government and people of Yobe state over the attack of the girls’ school in Dapchi.

He expressed regrets at the resurgence of this kind of wickedness at a time when the scourge of was dying off from the region.

The Governor further emphasized that what has happened was an indication that we were still in a very critical period of the insecurity which cannot be overlooked.

“But we shall continue to pray for the security agencies to recover the missing kids who are already missing their classes coupled with the amount of dangers they would be exposed to. It is my prayer that peace will return to the state and Dapchi ” said Gadunje.