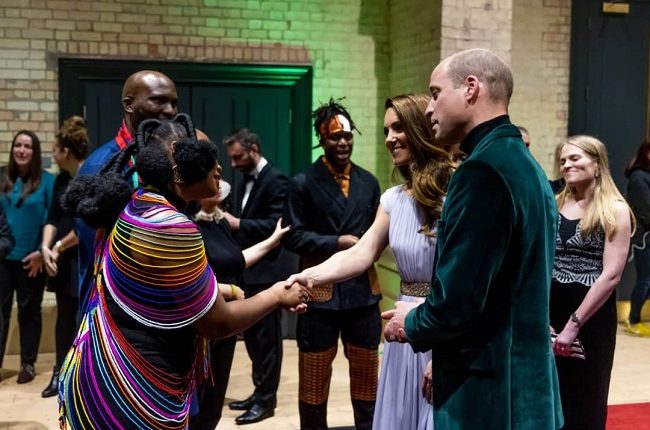 She delivered a rendition of her hit single “Rain” at the ceremony in a gorgeous red Ankara playsuit designed by Style by Athena.

The event had the crème of sports; Mohammed Salah, Danni Alves, of entertainment; David Oyelowo, Emma Thompson, from the British government; Mayor of London Sadiq Khan, the Royal family; Duke and Duchess of Cambridge Prince William and Kate Middleton, and many more in attendance.

The exclusive and globally broadcast event was organised by the Royal Foundation, which is led by Prince William of the British royal family and recognises innovative solutions to the world’s environmental challenges.

Speaking after her performance at the event, Yemi Alade said she was elated to have been invited by the Royal family to perform alongside musical geniuses like Ed Sheeran, among others.

“The event was simply amazing and I am elated to have represented Africa and Africans on the global stage. It’s our time to shine and the world is focused on our music. I appreciate the Royal family and Prince William for the honour extended to me,” she said.

The singer was also on the red carpet with Emma Thompson, host Dermot O’Leary and Clara Amfo and meeting other celebrities, including the night’s hosts, the Duke and Duchess of Cambridge. The entire event was broadcast on BBC Channel 1 in the UK.

Verdict: The viral WhatsApp voice note claim is a hoax. The content is not new and has been circulated as a broadcast message several times in the past.Yemi Alade meets Royal family, dazzles at Earthshot prize awards