Yellow fever: 6 million people to be vaccinated in Bauchi for prevention 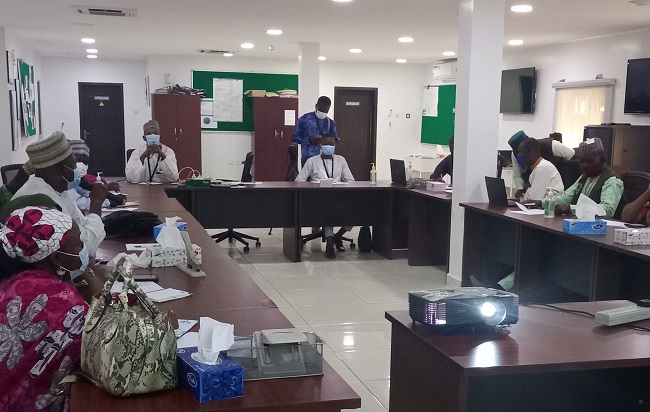 Not fewer than 6 million people mostly between ages 9 months to 44 years are to be vaccinated against yellow fever in Bauchi State as the state begins a 10-day vaccination campaign exercise.

State Immunization Officer, Bakoji Ahmed made the disclosure on Friday during a one-day orientation of media on Yellow Fever Vaccination Campaign held at the Emergency Operation Center (EOC), Bauchi.

Bakoji Ahmed declared that as it is now, Yellow fever does not have a specific treatment but can be prevented through vaccines which he assured are readily available as according to him, Bauchi State Primary Health Care Development Agency has over 7 million doses in its cold room now.

He added that the targeted population in the state is 85 per cent of the total population particularly those who fall between the age bracket because according to him they are the most vulnerable to yellow fever attacks.

The SIO explained that a total of 2261 teams made up of 1968 from the National Primary Healthcare Department Agency (NPHCDA) while Bauchi State Government through the State Primary Health Care Development Agency (BASPHCDA) is to take care of 298 teams for the exercise.

He further explained that to maintain the potency of the vaccines, the Agency will transport and distribute them to the cold rooms of the LGAs from where they will be distributed to the wards where the teams will pick them up for administering on the people just as some will be deposited at the 27 referral health centres across the state.

Bakoji Ahmed however explained that the exercise will not be conducted in 30 wards of Alkaleri, Kirfi, Bauchi and Tafawa Balewa LGAs because according to him the exercise was conducted there in 2019 and 2020 stressing that it is not a repeated vaccine but taken once in a lifetime.

On COVID-19 pandemic, he assured that all the preventive protocol will be ashamed to during the conduct of the vaccination in order to check spread of the infection.

He also assured that the Hard to Reach (HTR) as well as security compromised places will be taken care of as already sensitization campaigns have been held to create Awareness on the exercise.

In his presentation, C4D Consultant with UNICEF, Seyi Nubi disclosed that already sensitization messages have been sent across the state to create Awareness so that the target audience will be reached by the teams.

Seyi Nubi added that the awareness campaign will continue until the end of the vaccination exercise involving town criers and other means of information dissemination across the state in the local languages.

The British Parliament at the Westminster Hall held a debate on ‘e-petition 554150, relating to Nigeria and the sanctions regime’ on Monday. The government of the United Kingdom has however responded…6 million people  6 million people

The surprise visit made on Friday night by the leaders of the ruling All Progressives Congress (APC) to former President Goodluck Jonathan at his residence in Abuja triggered a stir in the major political camps, resulting in at least four possible theories..6 million people  6 million people

COVID-19: Past infection provides 83% protection for five months but may not stop transmission ― Study