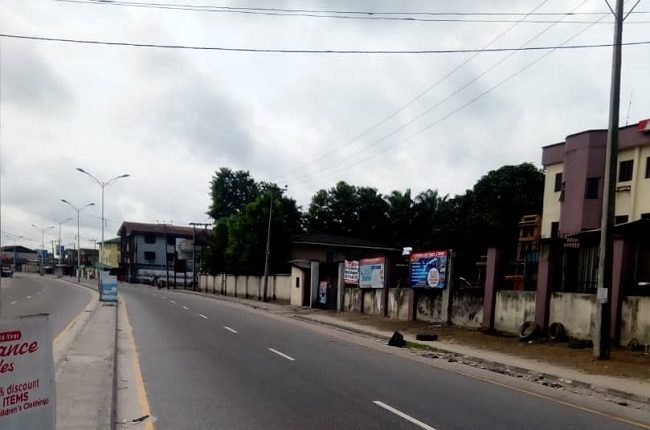 Delta State police command has spread its dragnets to arrest a suspected ‘Yahoo boy’ who ran over a commercial bus driver with his posh car in Asaba on Monday.

According to the state police public relations officer, DSP Onome Onowakpoyeya, the suspect immediately escaped shortly after committing the offence at Ibusa, near Asaba.

Trouble started when a commercial driver slightly collided with the car belonging to the young man known to be a ‘Yahoo boy’ at the motor park in Asaba.

Irked by the driver’s action, the suspected Yahoo boy was said to have pounced on and beat him mercilessly despite several pleas from the driver and others in the park.

The matter was said to have been somehow amicably resolved as both parties went their separate ways.

Nigerian Tribune gathered that the suspect who was still nursing ill feelings about the incident decided to trail the bus driver to Ibusa, his last bus stop.

Report said on noticing that the suspect was close to him at the Ibusa market, the driver alighted from the bus and knelt down on the road to plead for further forgiveness.

Angered by the driver’s disposition, the yahoo boy, a native of Ibusa quickly moved his car crushing him to death on the spot.

Following the dastard act, enraged sympathisers attempted to capture the suspect but failed. However, the family of the deceased on receiving the news of their son’s death took the lifeless body to the family compound of the Yahoo boy.

The Police Public Relations Officer (PPRO), DSP Onome Onovwakpoyeya, who confirmed the event, disclosed that the suspected Yahoo boy has been arrested.

Trump celebrates procession in Nigeria for his re-election