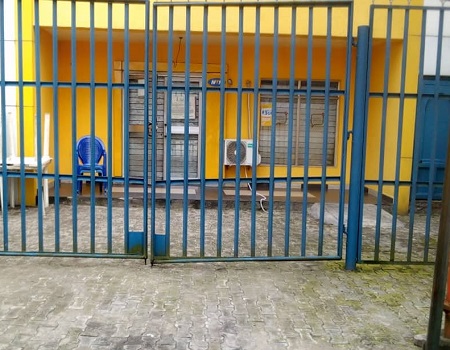 For fear of Tuesday’s reprisals attacks carried out on Shoprite in Lekki, Lagos, the Shoprite and MTN outlets in Warri and Asaba, Delta State, were, on Wednesday, shut for security reasons.

The two Shoprites in Warri, initiated by the state government in 2015, stands conspicuously in the Delta Mall, Effurun near Warri in Uvwie Local Government Area.

The Shoprite which is usually a beehive of activities on a daily basis, was taken over by stern-looking armed security operatives as of the time Tribune Online visited on Wednesday.

Besides the armed security men pacing around the premises, no one was granted entry into the entire mall housing the Shoprite and other stores which were tightly under lock and key.

Tribune Online gathered that sales representatives, who had resumed early for the day’s work, were prevented from accessing the facility as they were politely asked to return home to await further briefing.

The management of the Shoprite, it was gathered, promised to open for sales after the current tension across the country subsides.

Checks around the twin city of Warri and Effurun also revealed that MTN service outlets were shut and slammed with padlocks.

The MTN office located near Ginuwa junction was also locked.

The security agents, comprising soldiers and mobile policemen manning the Shoprite, would not respond to enquiries on the obvious reason they were drafted there.