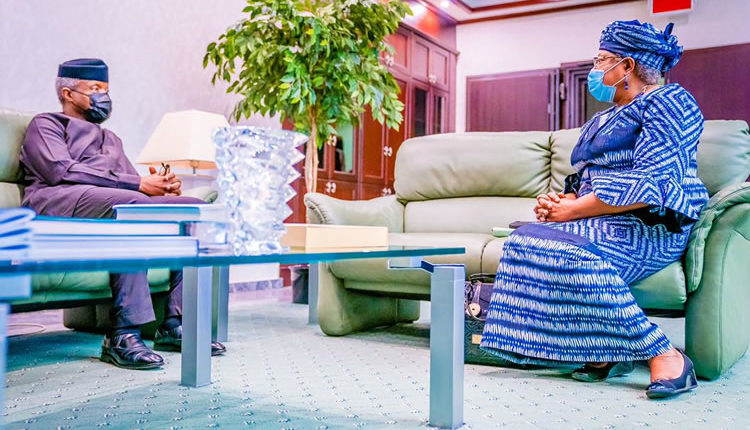 The new Director-General of the World Trade Organisation, Dr Ngozi Okonjo-Iweala, on Tuesday, paid a courtesy call on Vice-President Yemi Osinbajo at the State House in Abuja.

Dr Ngosi Okonjo- Iweala used the opportunity to thank the vice-president for his unalloyed support through the long and arduous process that saw her emergence as the first African and first female director-general of the global trade and settlement body in the over 26-year record of the organisation.

The 66-year-old former finance minister and ex-World Bank director is on her first working visit to Nigeria after she resumed office as WTO chief on March, 1, 2021.

Okonjo-Iweala had also met with President Muhammadu Buhari at Aso Villa on Monday to show her appreciation for the support she received from the All Progressives Congress government from her nomination to her emergence as WTO chief.